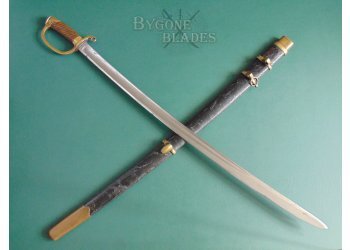 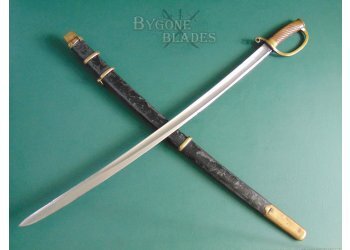 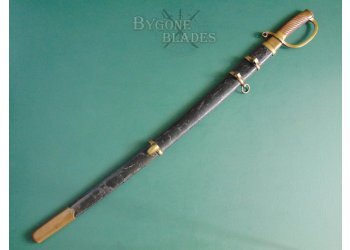 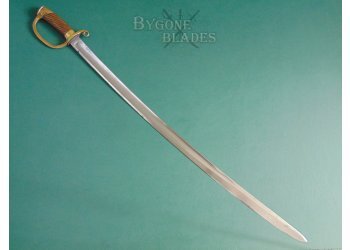 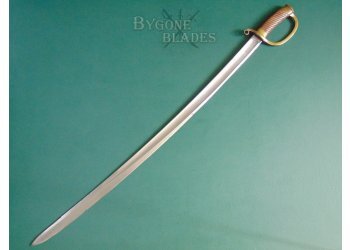 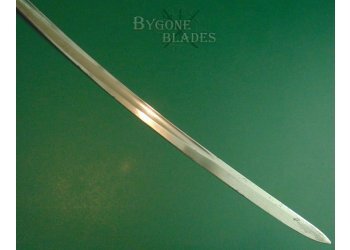 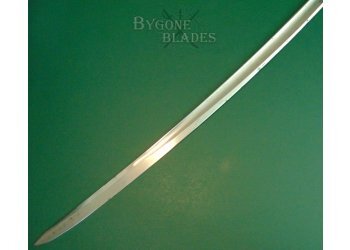 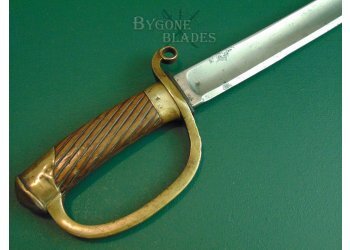 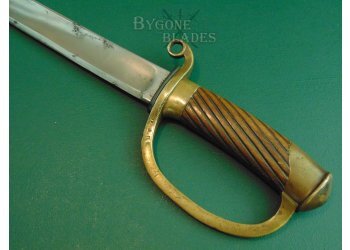 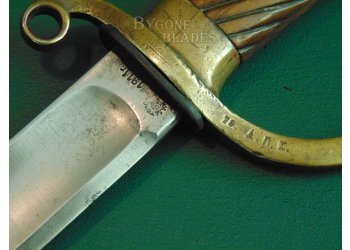 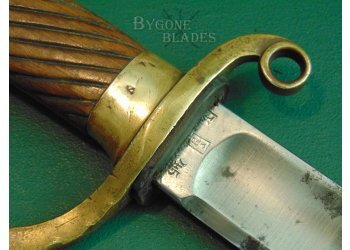 This is a scarce and guaranteed genuine Imperial Russian model 1881 Dragoon shashka. This shashka was made at the Zlatoust factory in 1911.

The 868mm, slightly curved single-edged blade has a flat spine above a single broad fuller. The blade is double-edged for the final 100mm and terminates in a spear point. The ricasso is stamped with the Zlatoust factory mark – a double headed eagle within a circle of Cyrillic letters spelling out the factory name. Beside this is the manufacture date of 1911 and a Cyrillic character. The obverse ricasso bears Russian inspection/acceptance stamps. The blade is in very good condition and is free of rust with only a few small patches of tarnish and very shallow pitting along the edge, spine and at the point. The blade retains its original leather washer and was service sharpened.

The brass and wood hilt is in very good condition, with the cross-piece of the brass knuckle bow bearing factory and inspection stamps as well as Russian unit markings. The blade is firm in the hilt.

The sword is complete with its lacquered wooden scabbard with brass furniture. The sword was worn with the edge facing backward, as indicated by the placement of the single suspension ring. The Dragoon scabbard also includes brass fittings to hold a Mosin Nagant bayonet. The Dragoons tended to operate more as mounted infantry, the bayonets being for dismounted action.

The scabbard is in good condition with some loss to the original lacquered finish. The sword sheathes and draws smoothly and is held firmly within the scabbard.

This is a well above average example of a scarce Imperial Russian M1881 Dragoon shashka. There are many faked Russian shashka on the market today. This one however is guaranteed to be genuine.