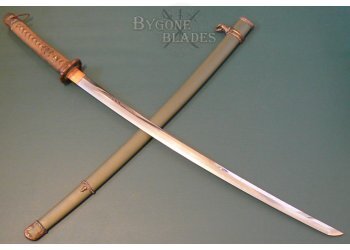 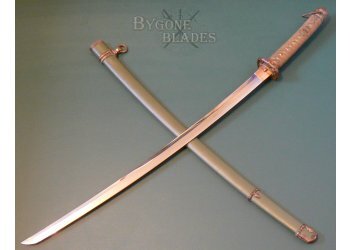 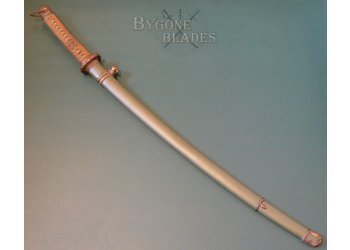 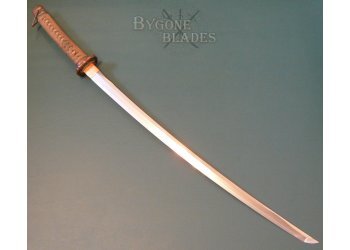 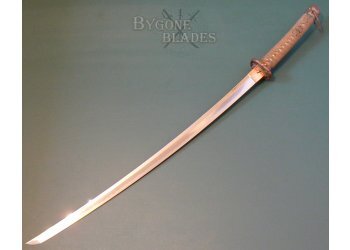 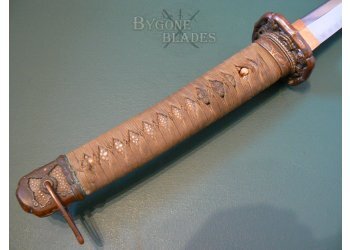 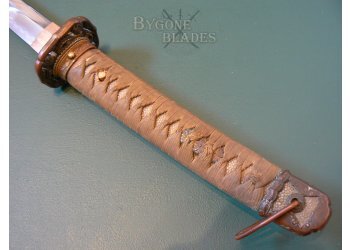 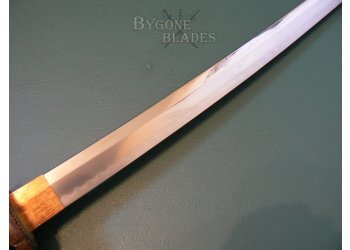 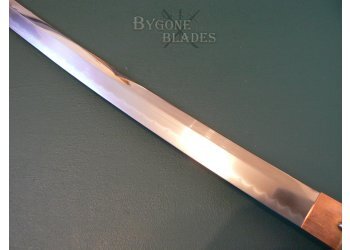 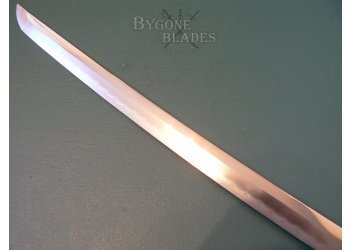 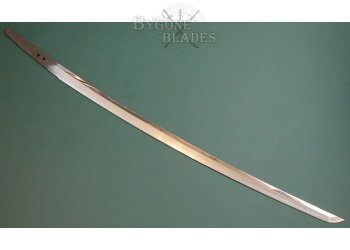 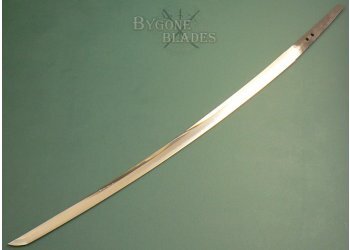 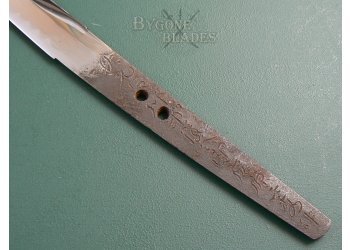 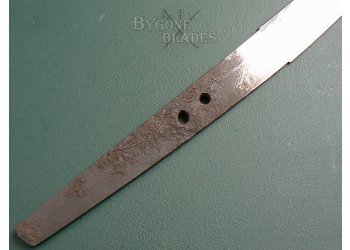 This fantastic WW2 Japanese army officer’s sword has a traditionally forged heirloom blade that is both signed and dated. The blade is housed in early World War Two army mounts, dating to around 1939-1940, indicating that the officer was a career soldier and not a war-time commissioned officer.

Japanese families who owned ancestral katana cherished them almost as members of the family and they were handed down through the generations. In times of war, just as in the days of their forefathers, the heirloom blade would be re-mounted in the style or regulation of the time and taken to war.

This heirloom blade is 676mm long (nagasa) and has been professionally re-polished so is in “as new” condition. The Togishi who polished this blade has re-polished the Metropolitan Museum’s collection of Japanese katana and naginata.

The blade is razor sharp with fine nie crystals. The hada is very tight, giving what is known as a “pear grain” (nashiji). The blade has a beautiful Gunome hamon and terminates in a Chu-kissaki.

The tang (nakago) is signed by the smith and is dated on the obverse. It is believed that the tang inscription states that the blade was forged by the grandson of Masahide. Masahide was a very famous maker of the late 18th Century. The inscription indicates that the Masahide who forged this blade took over the school on the death of his father. Although the obverse of the tang is dated, the rust has made the date illegible but the makers’ inscription helps date the blade to early or mid-1800’s, a time when the Samurai were still the warrior nobility of Japan.

The WW2 Shin Gunto mounts are in excellent condition. The Ito wrap on the hilt (tsuka) is nice and tight showing age and use appropriate wear. The ray skin wrap shows five emperor nodules and the habaki (blade collar) and tsuba (guard) show remnants of gold plating, all indicating that this was a high status and probably high ranking officer’s sword. The extended sarute loop indicates that the mounts are early war. The scabbard (saya) is in great condition and has been professionally re-painted. The scabbard, its mounts and lining are all original. The sword is held firmly within the scabbard by the working push-button locking mechanism.

This is a fantastic example of a traditionally hand forged Samurai katana blade from a famous blade-making family, mounted in early WW2 koshirae.