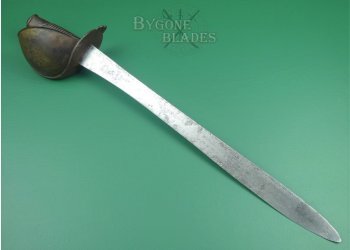 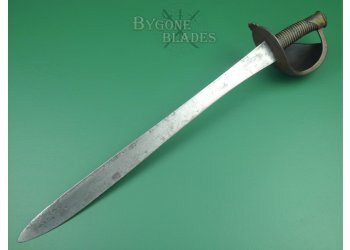 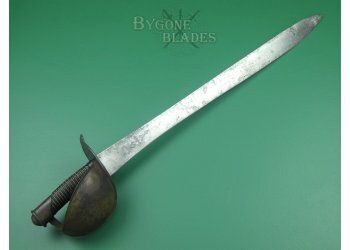 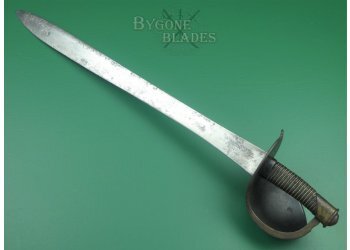 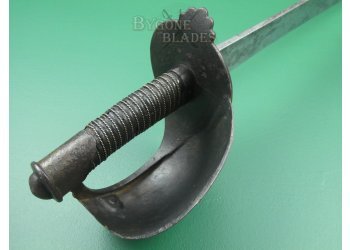 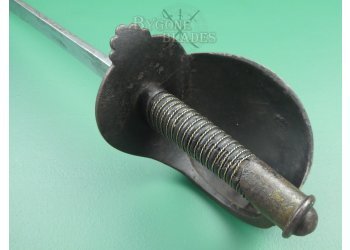 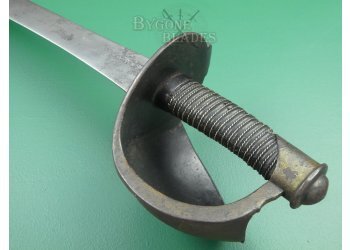 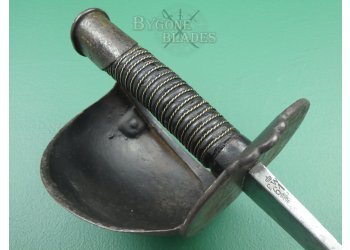 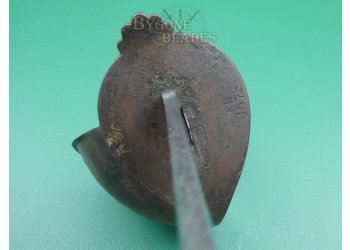 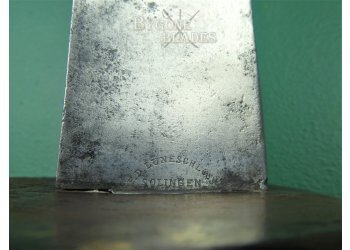 The Prussian M1852 naval cutlass was the first cutlass designed by the German States. It was heavily influenced by earlier French cutlasses and replaced the Prussian M1849 cutlass which was a close copy of the French M1801. This cutlass was made in 1861 by P. D. Luneschloss of Solingen.

The 583mm single-edged blade has a flat spine and terminates in a double-edged spear point. The heavy blade is superbly designed for chopping and cutting with a forward weight distribution. The blade is 47mm wide at the shoulder, narrowing to a 35mm waist before widening to 43mm. The blade is double-edged for the last 180mm and has been service sharpened, retaining a good fighting edge.

The blade is in good condition for its age and sea service. There are patches of shallow pitting and tarnish consistent with a life at sea.

The iron bowl guard is very similar to those of earlier French cutlasses and has a five lobed beehive quillon. The front of the guard is stamped with KM 1578, which is probably a weapon/rack number. The guard is in very good condition and retains much of its original black finish. The leather covered grip is in good condition with age and use related wear. The twisted wire binding is intact and tight.