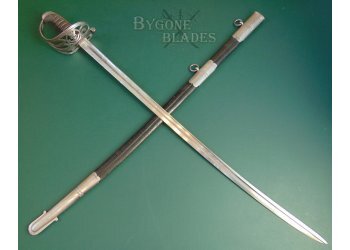 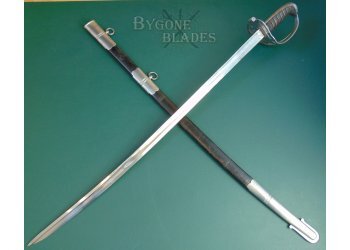 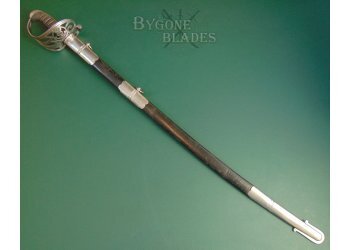 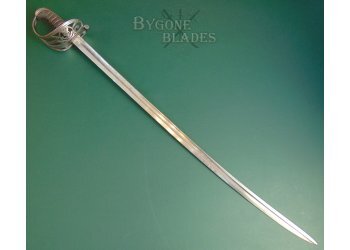 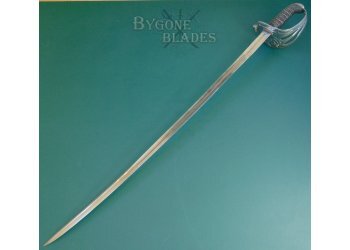 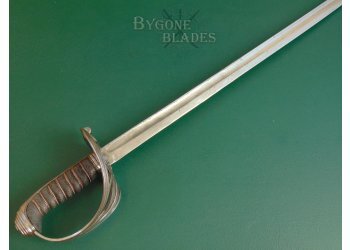 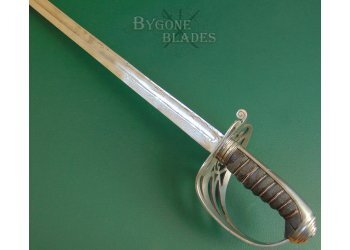 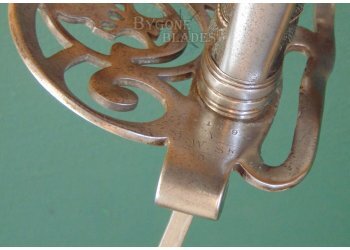 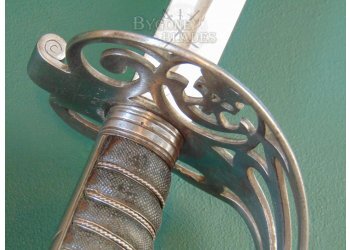 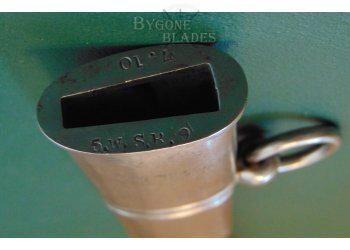 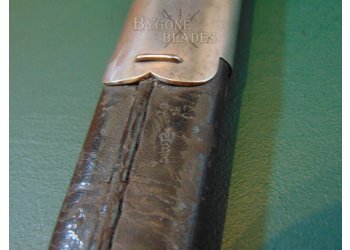 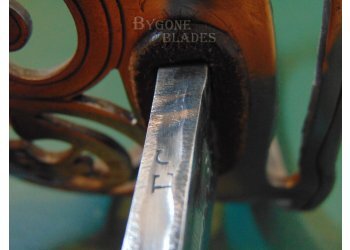 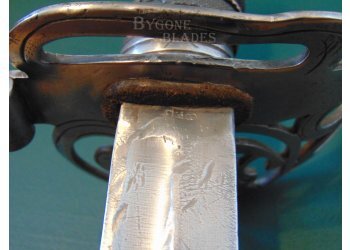 Scarce Rifle Staff Sergeant’s sword for The Queen’s (Royal West Surrey Regiment). This was the senior line infantry regiment of the English Army. The regiment had three volunteer battalions, the 1st, 2nd and 3rd, all of them rifle corps that served alongside the regular army battalions.

2nd volunteer battalion served in South Africa from 1899 to 1904 receiving battle honours for their actions during the Second Boer War (1899–1902).

There is much confusion regarding the patterns of Rifle's Staff Sergeant's swords. The first Rifle sergeant's pattern was introduced in 1827 along with the officer's pattern. This pattern remained in use until 1866. The 1866 pattern was then replaced in 1889 by a new pattern for Rifle staff sergeants. That said, there exist swords that blur the boundaries between these patterns, particularly where the blades (but also the scabbards) are concerned. Robson referred to these quill -pointed blades as being "transition blades." Given the general confusion surrounding the SSgt patterns, I am hedging my bets and referring to this sword as being the 1827/1866 pattern, with a quill point blade.

The 820mm slightly curved blade has a flat spine with a broad, single fuller and terminates in a quill point. The blade has been service sharpened. The ricasso bears an Enfield inspection stamp and the obverse has a Birmingham reissue/repair stamp. The spine is stamped with the maker’s name, Mole, for Robert Mole of Birmingham.

The blade is bright and free of rust. Unfortunately, someone took a grinder to the first 270mm of the blade (from the ricasso), scarring it badly. The blade retains its leather washer and is firm in the hilt.

The Gothic steel guard is in generally good condition with a slight ding to the inner bar. The shagreen is in reasonable condition with service wear and a small loss of shagreen near the bolster. The twisted wire binding is intact and tight.

The quillon is stamped with the date 5, 1895 (May, 1895) and the regimental mark for the 2nd Volunteer Battalion of The Queen’s (Royal West Surrey Regiment).

The sword is complete with its regimentally marked leather and steel scabbard. The leather is in good condition and retains its original black finish. The stitching is intact and strong. The leather is stamped with the manufacture date, 10th April 1895, the War Department Broad Arrow and a Birmingham inspection mark. The steel furniture is in good condition, without rust or damage. The steel locket gives evidence of the long service life of the sword and is stamped with the date ‘7 ’10 (July 1910) and the designation for the Regiment’s territorial force, the 5th Battalion, The Queen’s (Royal West Surrey Regiment).

The regimental history and service life of this sword makes it especially annoying that a foolish individual damaged the blade. Regardless of this it is a good sword to own.