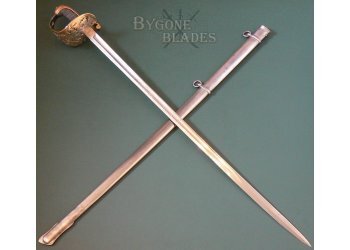 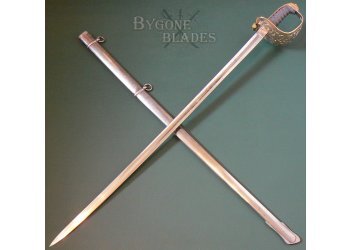 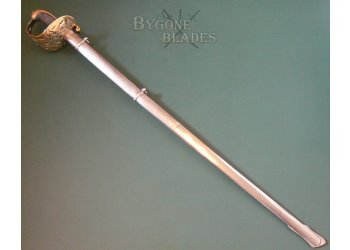 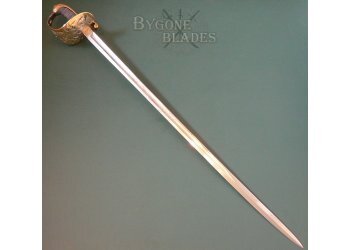 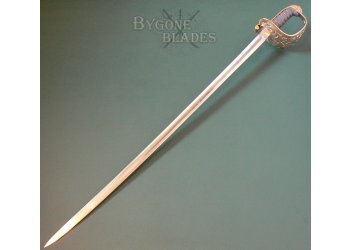 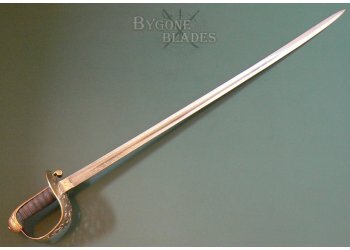 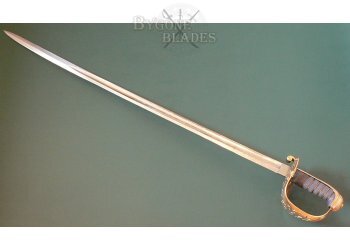 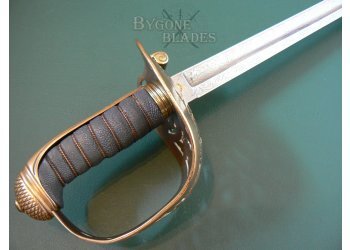 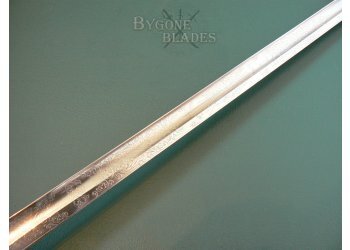 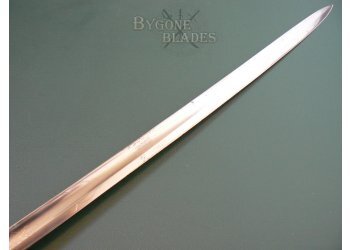 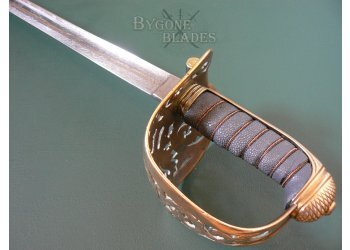 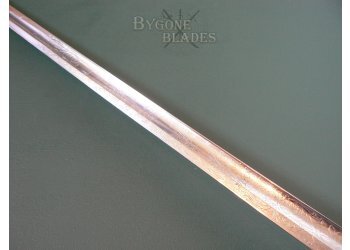 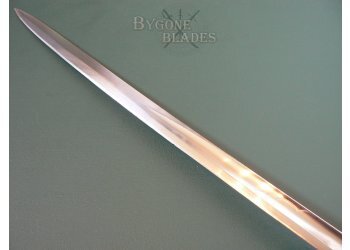 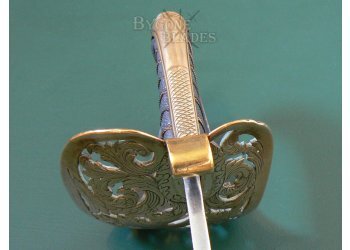 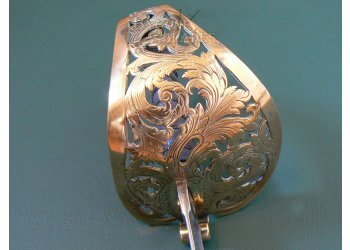 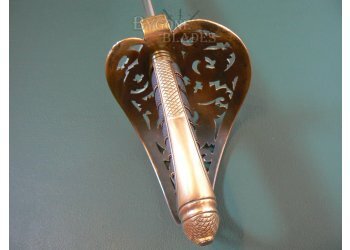 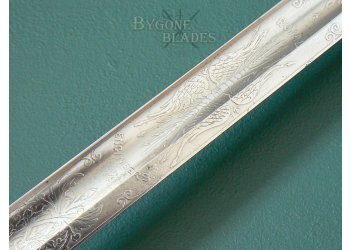 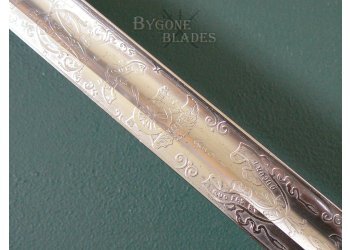 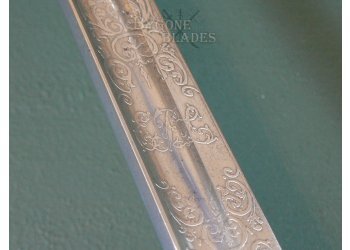 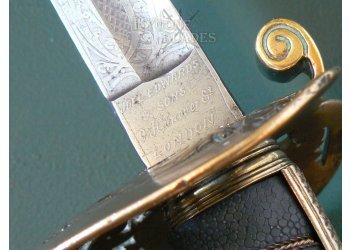 A rare and sought after Victorian 1857 pattern Royal Engineers sword. The P1857 was carried exclusively by officers of the Royal Engineers and was in use for only a short period before the Engineers were required to adopt the standard infantry pattern sword in 1895.

The 820mm, single edged blade has a wide fuller on both sides below a flat spine. The blade terminates in a spear point. The blade has been service sharpened and has a 230mm upper edge. The blade is beautifully etched with foliate scrollwork encompassing Queen Victoria’s crowned Royal cypher above “Ubique”, the motto of the Royal Artillery above a field gun. Below this is the motto of the Royal Engineers “Quo Fas et Gloria Ducunt” (Where Right and Glory Lead). The twin mottoes and emblems indicate that the officer of Engineers was attached to a battalion of the Royal Artillery. The ricasso bears the cutler’s details: Joel Edwards & Sons, 9 Hanover St. London.

The obverse bears the winged thunderbolt (also an artillery emblem), and the words “Royal Engineers” again encompassed by extensive foliate scrollwork. The forte bears the initials of the swords original owner, “EPL.” It should be possible to identify the officer by searching 19th Century military records. The obverse ricasso bears a brass proof disc.

The blade is in excellent condition and is free from rust.

The brass, acanthus leaf guard is in very good condition. The brass back strap has the crosshatched thumb rest and pommel characteristic of the Engineers pattern sword. The shagreen on the grip has been re-stained and there has been a small repair to the shagreen. The twisted wire is original and tight. The blade is firm in the hilt.

The sword is complete with its original steel scabbard with two suspension rings. The scabbard is in great condition with a mild age patina. There is a small, shallow dent mid-way on one side and small areas of tarnish. The bottom of the drag has been clipped at an angle. This is not uncommon and was done in order to avoid the scabbard scraping the ground. The sword sheathes and draws smoothly and is held firmly within the scabbard.

This is a great example of a hard to find Royal Engineers pattern sword from an identifiable officer.