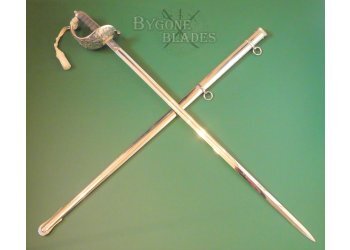 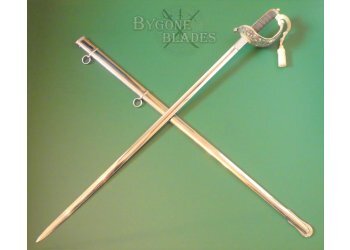 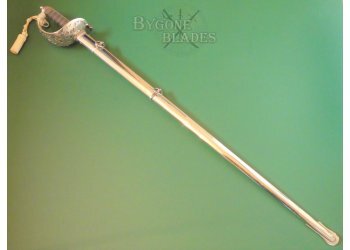 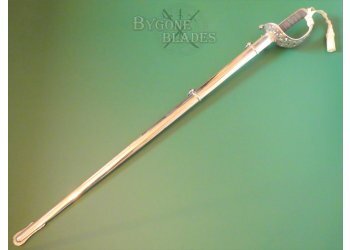 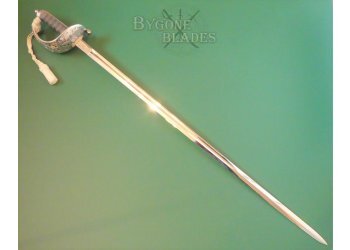 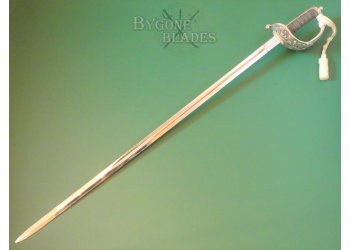 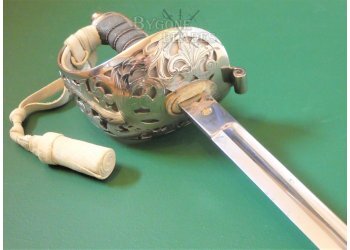 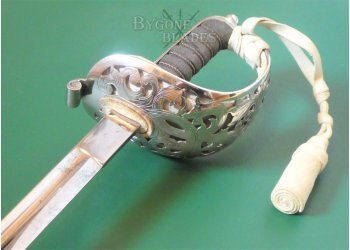 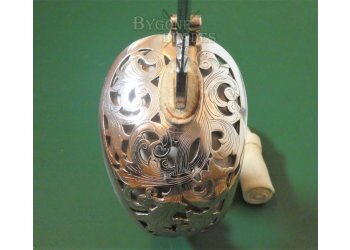 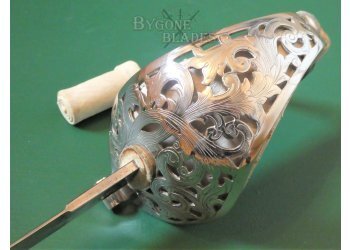 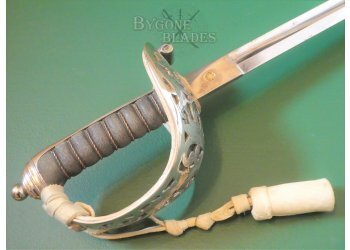 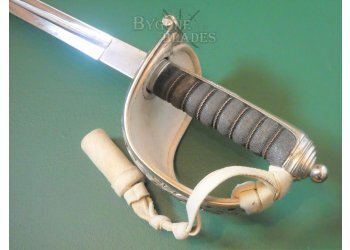 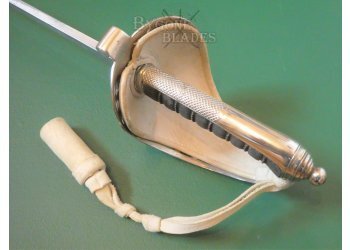 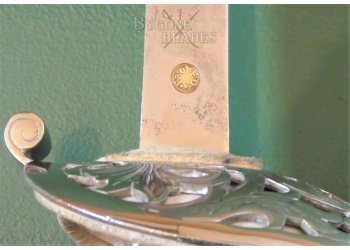 This scarce and beautiful sword is the “Scroll-Hilt” or “Sind-Horse” pattern of cavalry dress sword. The Sind, also known as Scinde Horse became a regular cavalry regiment of the British Indian Army. The regiment was originally formed as the Scinde Irregular Horse, raised at Hyderabad on the 8th August 1838 and was named after the province of Sind (now in Pakistan), where it was raised. The regiment later expanded to the 1st, 2nd and 3rd Scinde Horse.

After the Indian Mutiny of 1857, the three regiments were absorbed into the regular British Indian Army and became the 35th Scinde Horse and the 36th (Jacobs) Scinde Horse. The 35th and 36th saw active service in Northern and Central India, Persia (now Syria), Afghanistan on the Northwest Frontier and in France and Palestine during World War One.

In 1922, the two regiments were amalgamated as the 14th Prince of Wales' Own Scinde Horse. The regiment was disbanded in 1947.

In the late 19th and early 20th Centuries, a number of cavalry regiments unofficially adopted the scroll hilt as a non-regulation dress sword.

The 800mm single-edged blade has a flat spine above a two-third length single fuller. The blade is double-edged for the last 280mm and terminates in a spear point. The un-etched blade is in excellent condition with only a few tiny spots of tarnish, most of which are around the ricasso.

The ricasso bears a brass proof stud associated with a couple of different makers, all of whom used the stud between 1900 and 1936.

The sword is complete with its plated steel scabbard which is in excellent condition with minor loss to the plating on the second suspension ring band and the shoe. The scabbard is without dents or damage and the sword sheathes smoothly and is held firmly within the scabbard.

This is a fantastic example of a rarely seen Sind-Horse pattern cavalry sword.