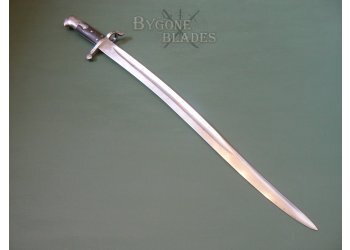 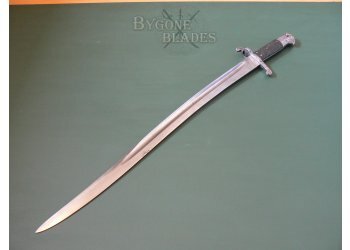 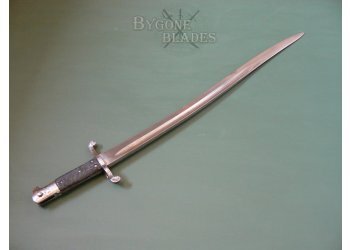 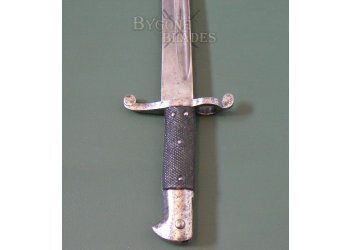 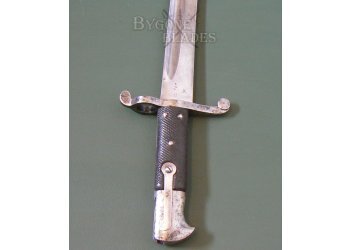 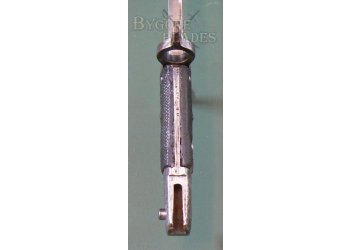 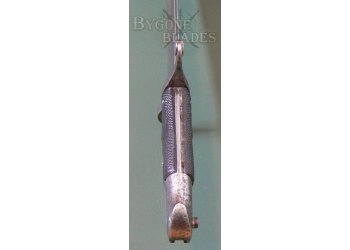 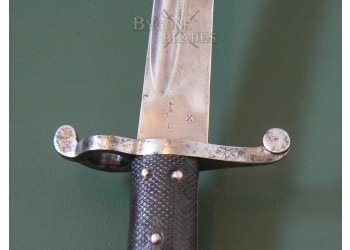 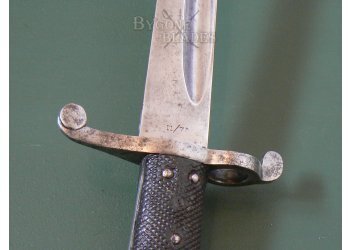 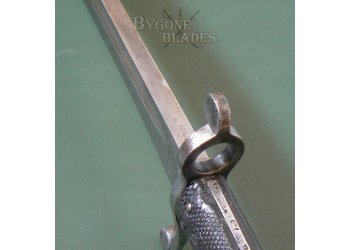 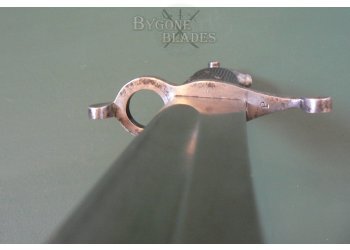 Initially, this Yataghan sword bayonet was standard issue to NCO's and rifle regiments.

This bayonet is in overall good condition with age and use related wear to the grips and small areas of tarnish on the blade and steel of the hilt. The press-stud and spring locking mechanism works perfectly.

The 58 cm yataghan blade has a single edge with a flat spine and deep single fuller on each side. The muzzle ring has been bushed to an internal diameter of 18mm.

This bayonet was made by the Solingen (Germany) based company of Weyersberg & Kirschbaum as indicated by the polished out knight's head maker's mark and the S4 Solingen inspection stamps on the ricasso and spine. The bayonet was reworked and bushed for the Martini Henry rifle by the Birmingham Small Arms Factory (BSAF).