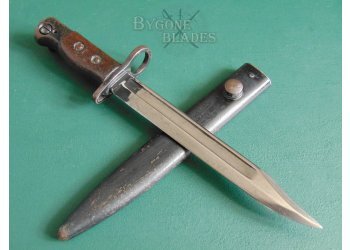 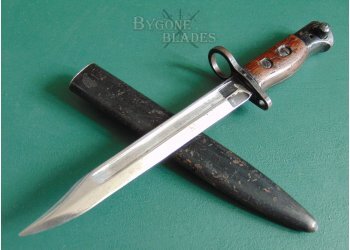 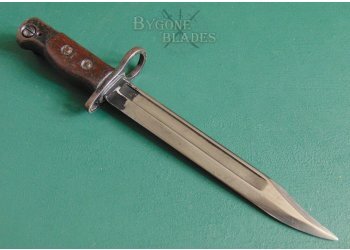 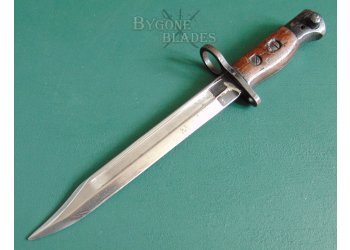 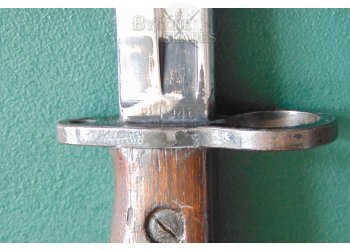 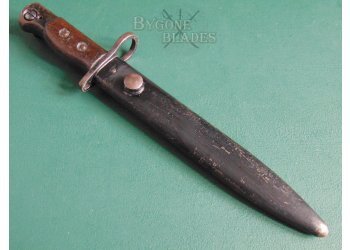 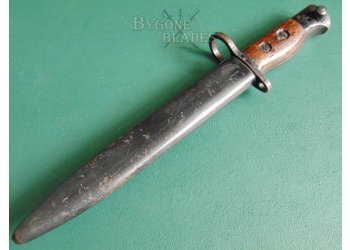 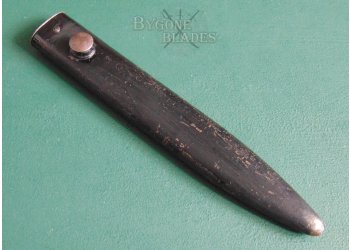 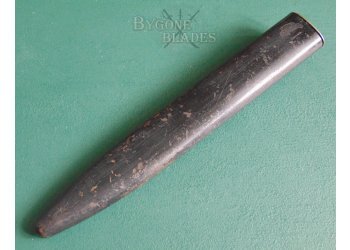 The 203mm clip-point Bowie blade has a single edge and long single fuller below the rounded spine. The blade is in good condition and has been service sharpened. The blade has a scratch along one edge (that will polish out) and marks consistent with age and use. The ricasso retains most of its original black finish and is stamped with the Poole factory mark, a P within a circle and the date 1946.

The wrap around wooden grips are in good used condition and are held tightly in place by two screws, one of which bears a tiny, faint Broad Arrow stamp. The blackened steel pommel bears a Broad Arrow stamp over F5 and the letter P at the front of the mortice slot. The press stud mechanism is in good working order and is stamped with a tiny Broad Arrow and the letter S.

This is a clean and honest example of a rare British No.5 Jungle Carbine bayonet.