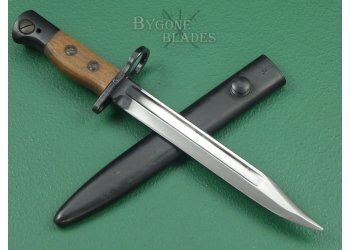 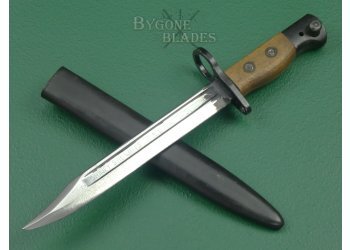 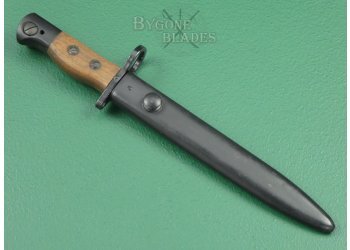 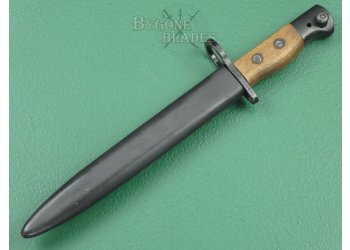 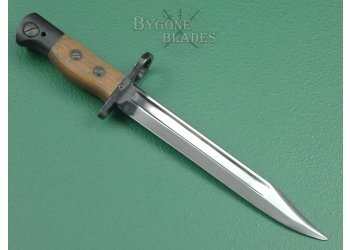 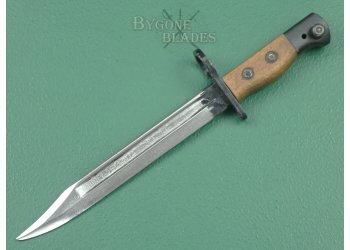 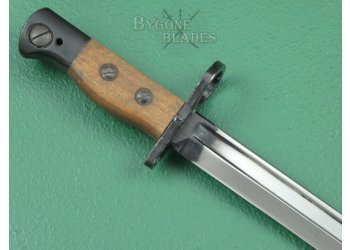 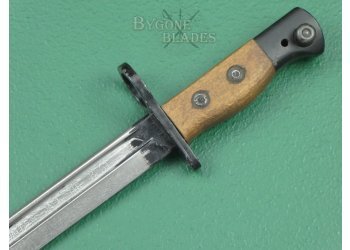 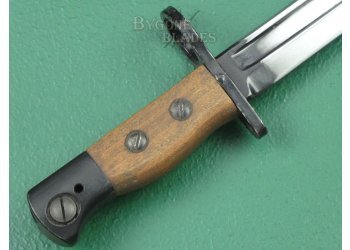 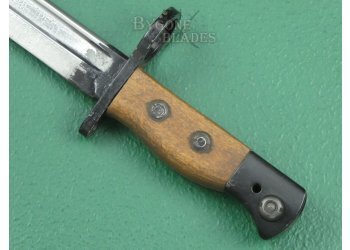 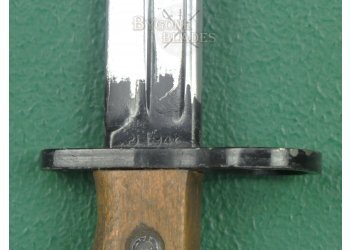 The 203mm clip-point Bowie blade has a single edge and long single fuller below the rounded spine. The blade is in very good condition and retains its factory edge. The ricasso retains its original black paint and is stamped with the Poole factory mark, a P within a circle and the date 1946.

The blade has been home engraved with the dedication, “To Shiny Stu Watts. All The Best.”  I have no idea who this is or when the blade was engraved but it is a typically army style nick name.

The bayonet is complete with its original, early issue Mk 1 scabbard. Mk II scabbards had a small rim to the throats and were more rounded at the bottom. The scabbard retains its original black finish.

This is a good example of the famous Jungle Carbine bayonet with an army-style dedication engraved on the blade.