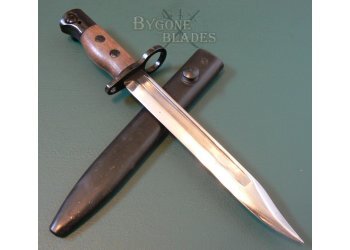 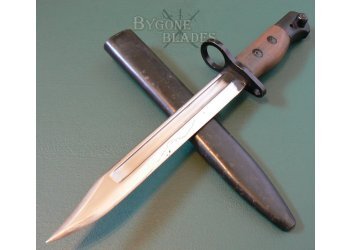 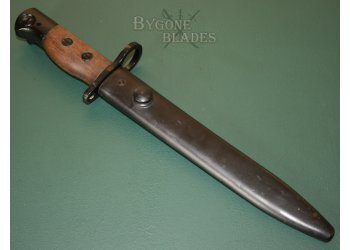 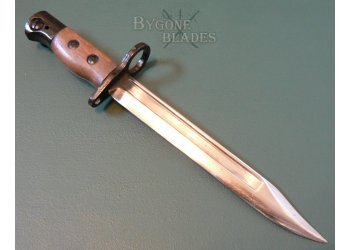 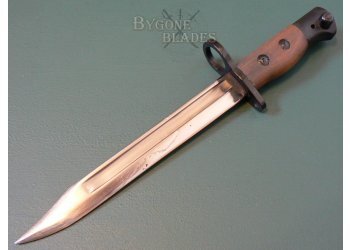 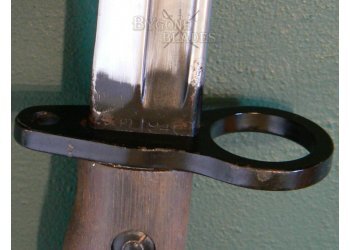 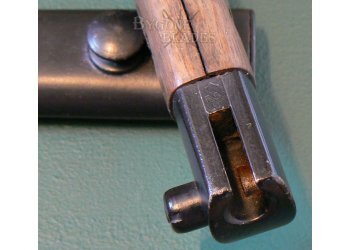 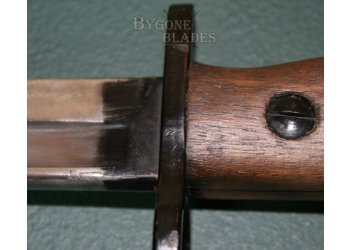 The 203mm clip-point Bowie blade has a single edge and long single fuller below the rounded spine. The blade is in good condition and has been service sharpened. The blade has an area of cleaned and stabilised corrosion/delamination and minor scratches consistent with use. The ricasso retains most of its original blueing and is stamped with the Poole factory mark, a P within a circle and the date 1946. The crosspiece bears a partially struck numeral stamp that looks like the number 67 beside a Broad Arrow, possibly indicating that the bayonet was re-issued in 1967.

The bayonet is complete with its original, early issue scabbard. Later scabbards had brass throats. The scabbard retains its original black finish.

This is a clean and honest example of a rare British bayonet.