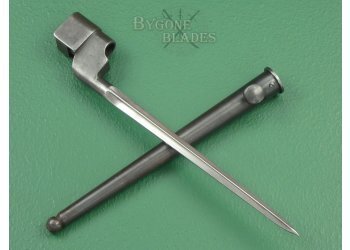 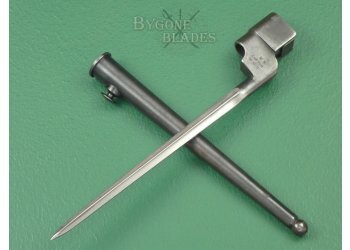 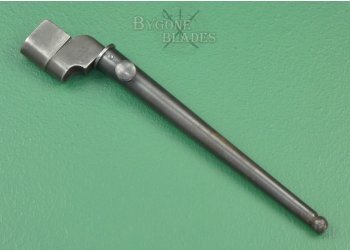 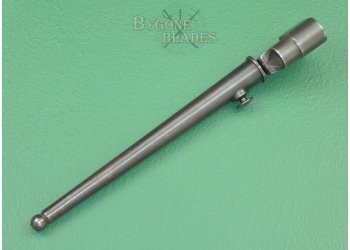 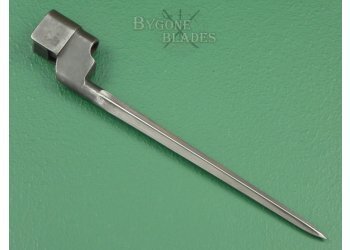 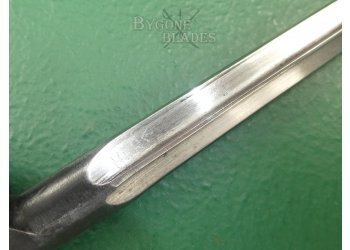 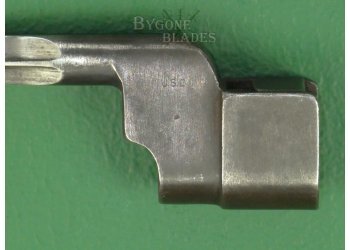 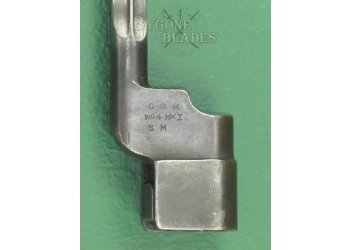 Original British No.4 Mk I cruciform bayonet for the Lee-Enfield No.4 Mk I Rifle. The No.4 Mk1 bayonet was only produced from late 1941 and into the early months of 1942. The sole maker was the Singer Manufacturing Co., at their Clydebank plant near Glasgow, Scotland.

This bayonet has a 203mm blade and is in excellent condition. The blade has been etched with a laser pencil inspection mark and Broad Arrow.

The socket block is stamped with the crowned GR of King George VI, pattern designation and the SM mark of the Singer factory. An arrow between two vertical lines is stamped below. The obverse of the block bears a Singer factory inspection mark, U.S.2.

This rare bayonet is in excellent condition, nicely marked and complete with its No.4 Mk I scabbard. 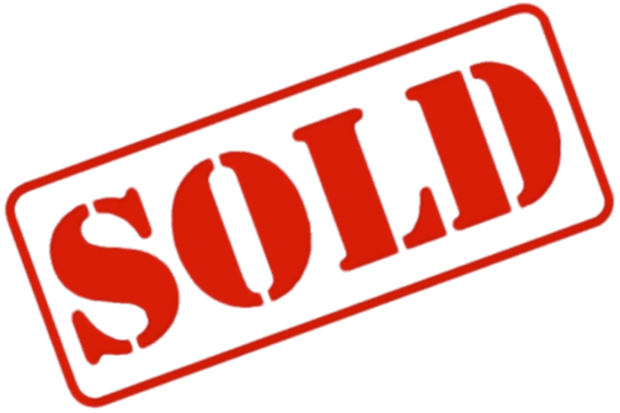