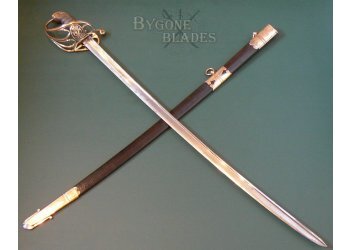 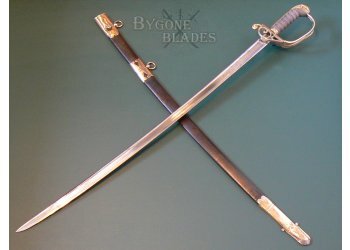 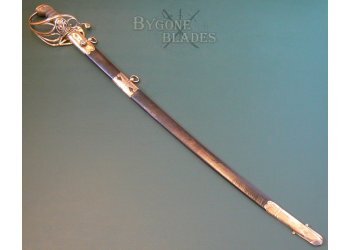 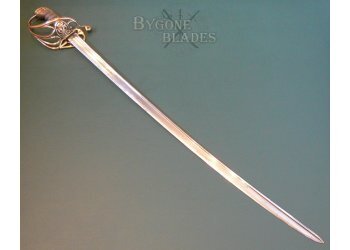 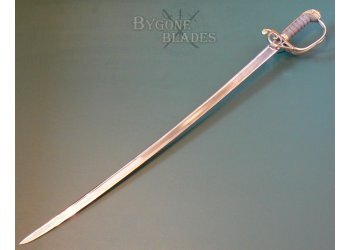 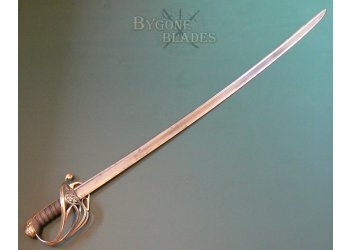 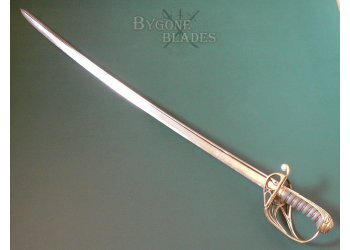 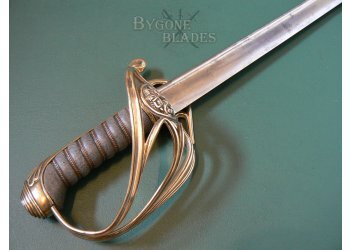 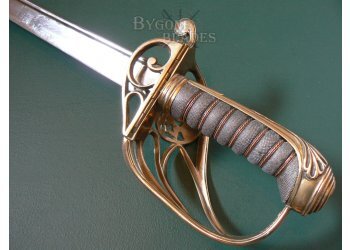 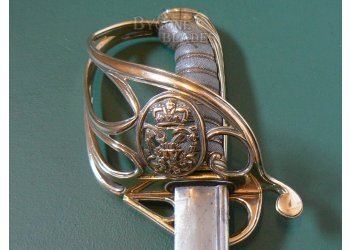 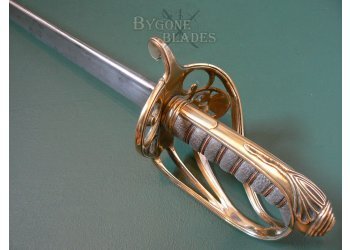 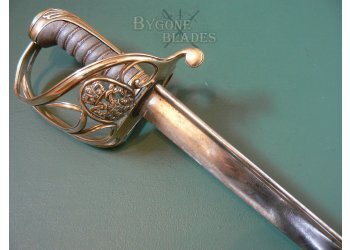 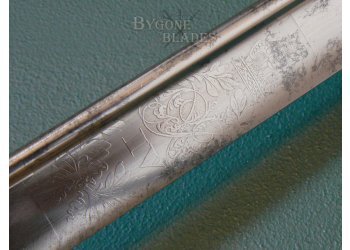 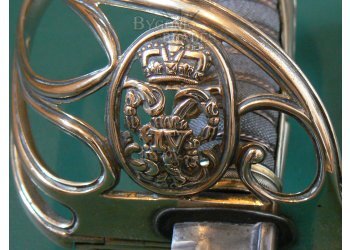 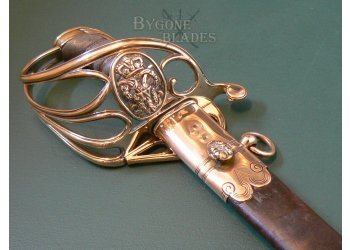 George IV had a short reign, from 1820 until his death in 1830, making swords bearing his cipher scarce and hard to come by.

The P1822 infantry sword was the first of the iconic Gothic hilted British infantry swords that remained in service through the reigns of George IV, William IV and Queen Victoria. In 1845, the pipe back blade was replaced with the “Wilkinson” pattern blade and in 1854, the folding guard became fixed. Examples of Victorian Gothic hilted swords are relatively common. Those from the reigns of William IV and George IV are scarce, the latter being the hardest to find.

The slightly curved, 812mm pipe-back blade has a single edge, terminating in a 220mm double-edged quill point. The blade is etched on both sides with King George IV Royal cypher and was service sharpened. It retains its fighting edge. The almost 200 year old blade is in excellent condition and is firm in the hilt.

The Gothic guard (so called because the bars form Gothic arches) retains its original gilding and the folding section is in perfect working order. The guard bears an oval cartouche containing the royal cipher of King George IV. The gilded back strap has a stylised acanthus design, terminating in a stepped oval pommel.

The shagreen wrapped grip is in excellent condition. All strands of grip wire are intact and tight.

The sword is complete with its original leather scabbard with gilded brass fittings, two suspension rings and an ornate frog stud. The leather is in excellent condition. The stitching is intact and strong. The brass furniture is in excellent condition with minor use related marks. The brass drag has a steel scuff protector, indicating (along with the blade length) that the owner was probably a little shorter than the average. The sword sheathes and draws smoothly and is held firmly within the scabbard.

This is a near perfect example of a rare George IV 1822 Pattern infantry officer’s Sword.