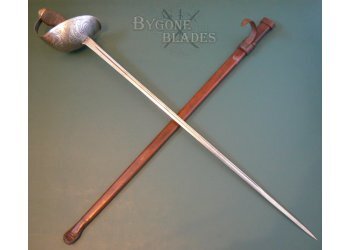 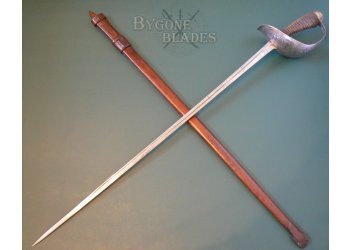 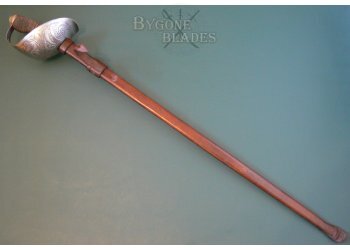 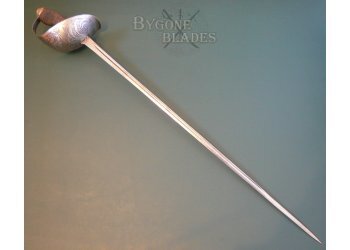 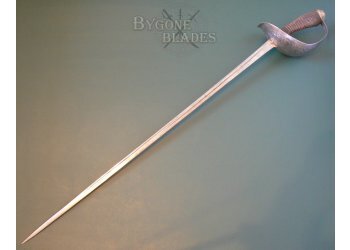 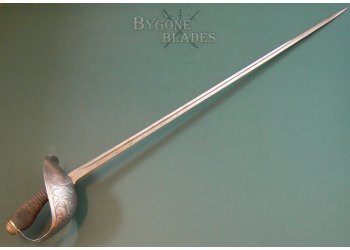 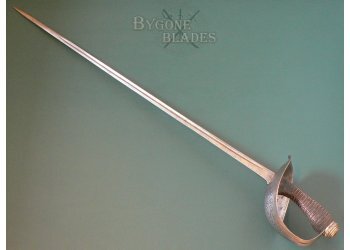 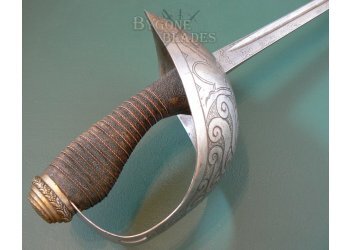 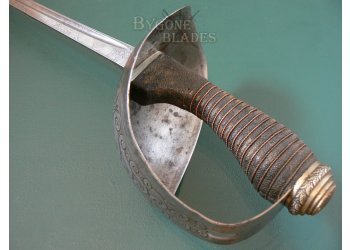 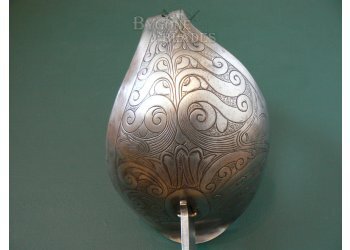 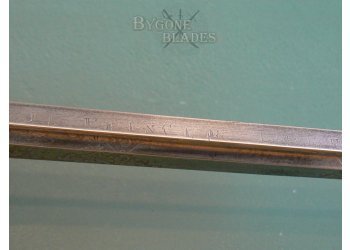 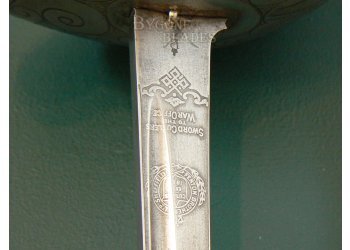 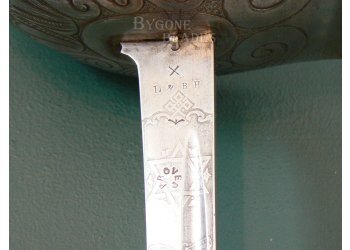 James Lewis Pringle (of Pringle Knitwear fame) was born in 1890 and educated at Oriel College, Oxford. In 1902, after the death of his father, James became the 12th Laird of Torwoodlee in the Scottish Borders. As a Captain in the Lothians & Border Horse, James was mobilised to France on the 4th August 1914, where he remained until 1919. James, the 12th Laird of Torwoodlee passed away in 1953.

The opening months of the war saw cavalry at the forefront of the action with plenty of opportunity to use their new P1908 (troopers) and P1912 (officers) swords. It was with a sword of this type that the first British kill of the War was made, by Captain Hornby of the 4th Dragoon Guards, in a skirmish with the German 4th Cuirassiers.

The 890mm thrusting blade has a broad, flat spine above a single, deep, narrow fuller on each side. The blade terminates in a spear point. The spine is home stamped with the name. J. L. Pringle followed by L & BH.

The blade is crisply etched with panels of floral scrollwork, a Georgian crown above the Royal shield, Laurels and King George V’s coat of arms. The forte bears an etched star with “PROVED” stamped on it, the War Department arrow, bend test mark and the initials “L & BH.”  The obverse of the blade bears scrollwork panels, King George V Royal cypher, the maker’s mark for Fenton Brothers, Sheffield and the legend “Sword Cutlers to the War Office” and a crowned Enfield inspection stamp.

The blade is in excellent condition, bright and clean and without rust or damage. The blade is firm in the hilt.

The sword is complete with its brown leather covered field service scabbard. The scabbard is in great condition, the leather is strong and the stitching is intact and tight. The scabbard drag has slight damage consistent with the sheathed sword being left standing on its point. The sword sheathes and draws smoothly and is held firmly within the scabbard.

This is a very fine example of arguably the best pattern of cavalry sword produced for the British military. In addition, the sword was the property of the 12th Laird (Lord) of Torwoodlee, the ancestral home of the Pringles, a long standing and illustrious Scottish family.