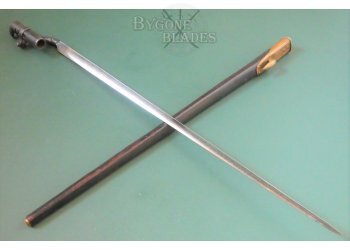 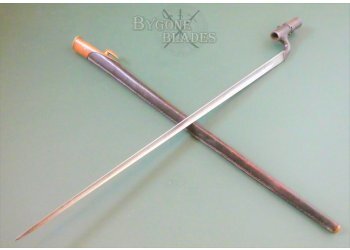 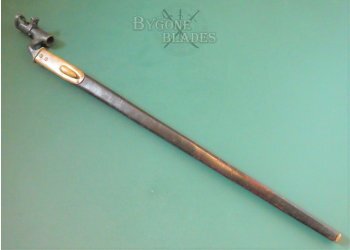 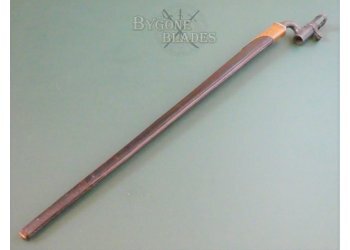 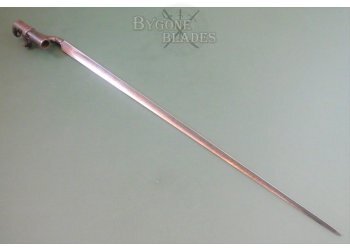 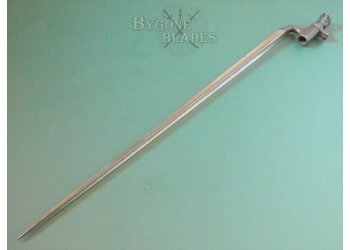 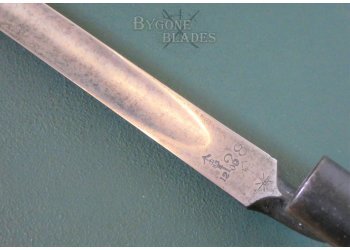 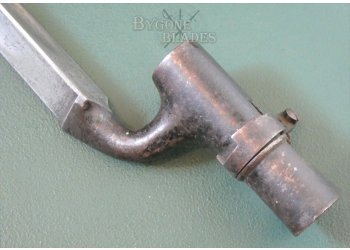 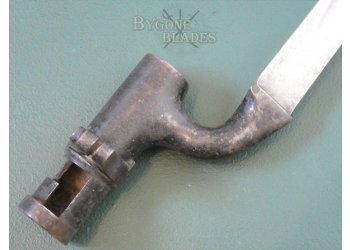 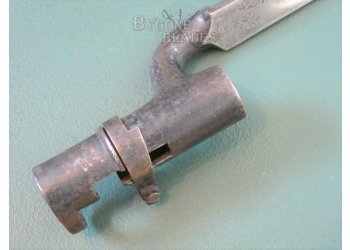 The 1895 Pattern Socket bayonet was developed for the Martini-Enfield .303 rifle. P1895 bayonets were converted from the earlier Martini-Henry 1876 pattern “Lunger” bayonets made for the .577–450 calibre Martini-Henry rifle. This bayonet was converted at the Enfield Small Arms Factory (RSAF) in December 1900. RSAF Enfield converted a total of 86,234 bayonets between 1895 and 1902.

The 548mm tri-form blade is in very good condition with a pale, mottled age patina. The base of the blade is stamped with the original manufacture War Department “WD” stamp, Broad Arrow and Enfield inspection stamps. Originally, P1876 Bayonets were un-dated. The manufacture date was only added after July 21st 1882. This bayonet was originally manufactured before dating commenced.

The socket is in very good condition with its original blackened finish. The mortise ring on the socket works perfectly.

The bayonet is complete with its rare leather and brass scabbard with an internal brass chape. The leather is in good condition and the stitching is mostly intact and strong. There is one small area at the top, below the brass locket where the stitching has parted. The bayonet sheathes and draws smoothly and is held firmly within the scabbard.