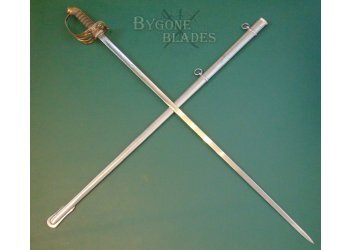 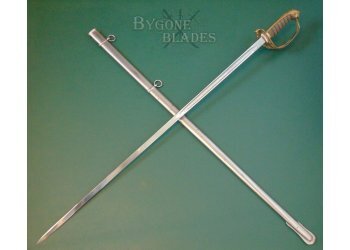 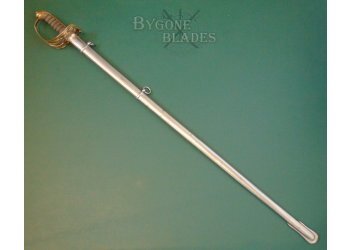 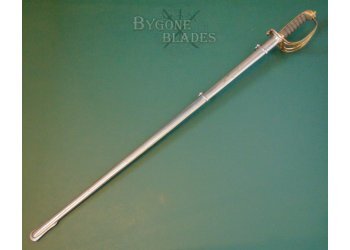 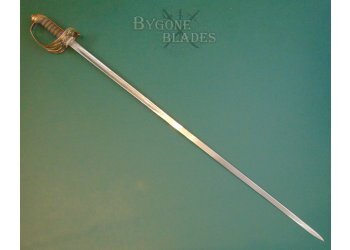 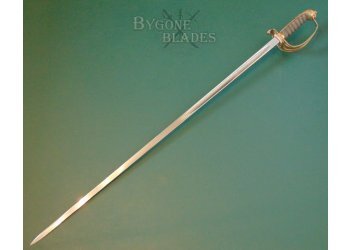 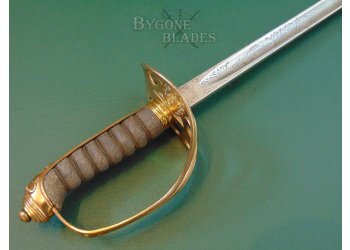 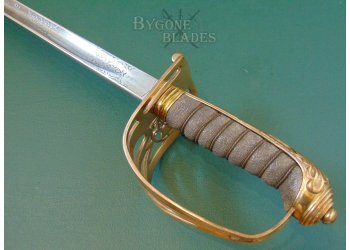 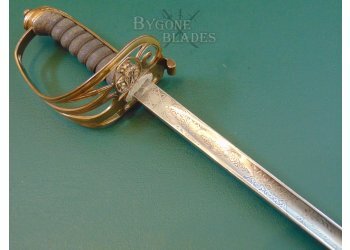 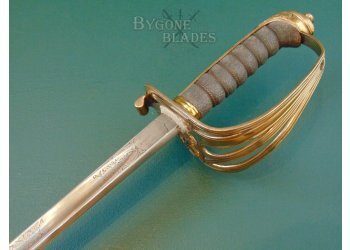 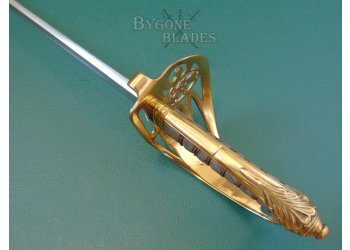 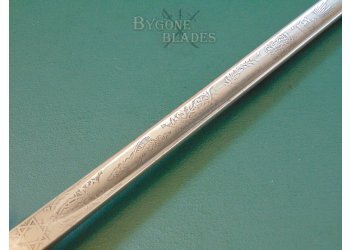 The British 1892 pattern infantry sword marked the end of an era for the brass Gothic hilted swords and is rare because most 1892 infantry swords were re-hilted in 1895 to conform to the new regulation pattern. Rarer still is the dress or levee pattern of this sword.

This excellent example is named to Halkett Walton Money Downe.

Halkett W. M. Downe retired from the British army in 1925 as a Lieutenant-Colonel after a distinguished career that saw him raised from the ranks after service in the India in 1888. As an officer, Downe served in the East Indies, Egypt, Malta and the Sudanese campaign.

The 830mm thrusting blade is of dumbbell form, having a symmetrical cross section with flat spine and belly and a short central fuller. The blade becomes wedge shaped for approximately two-thirds of its length and terminates in a narrow spear point. The piquet or levee weight blade is approximately two-thirds of the width of the full weight blade but remains the same length. The 1892 blade is the ultimate thrusting design and its use continues today with the current, 1897 pattern hilt.

The blade is in very good condition, retaining its original polish. The blade is etched with a rayed crown above the royal coat of arms, crossed laurel & palm fronds and scrolled foliate panels. The obverse is similarly etched and includes the crowned cypher of Queen Victoria and a ribbon containing the initials “H. W. M. D.” The forte bears the worn maker’s details, “E. Turkle, Maker. Soho, London.”

The sword is complete with its polished steel scabbard. The scabbard is in very good condition with only a few spots of tarnish. One of the screws fixing the scabbard mouth is missing. The sword sheathes and draws smoothly and is held firmly within the scabbard.

This is a very good example of a rare 1892 pattern British infantry officer’s dress sword belonging to an officer raised from the ranks and with a distinguished career.