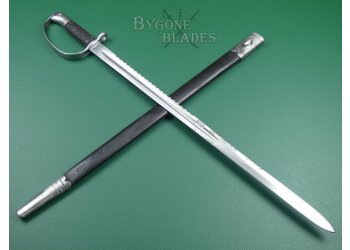 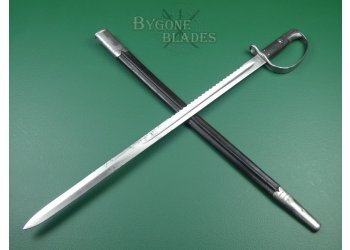 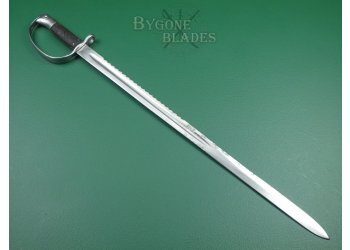 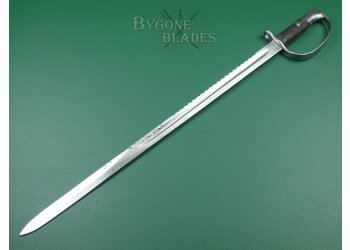 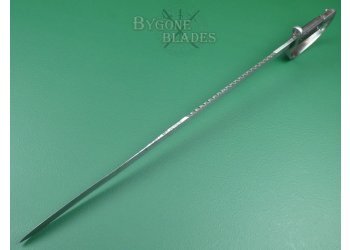 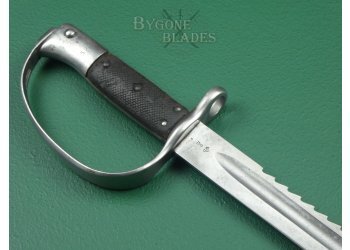 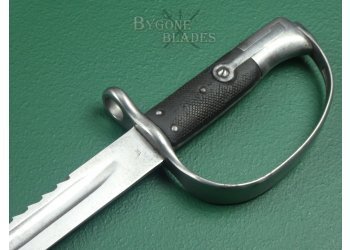 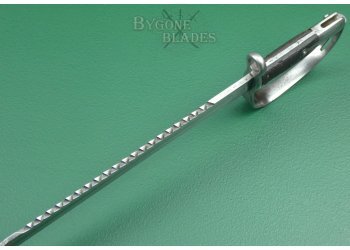 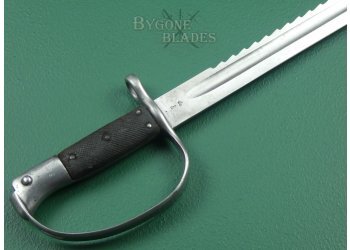 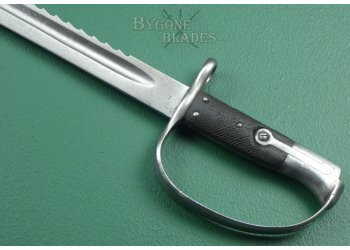 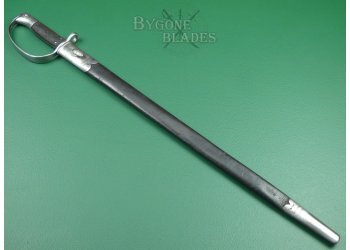 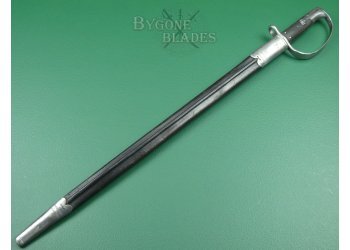 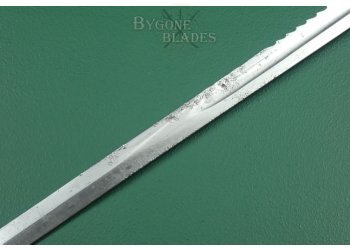 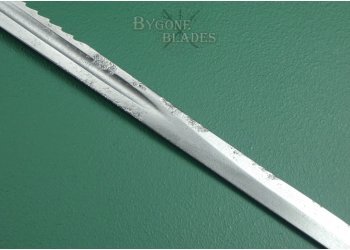 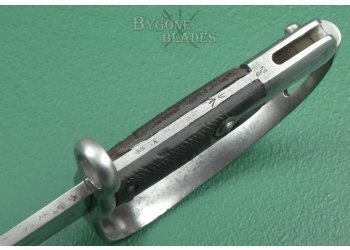 The 657mm blade is double-edged for the last 220mm and terminates in a spear point. The blade is in reasonable condition, clean and bright with some patches of pitting around the middle and there is a slight bend towards the point.

The steel D-guard is bright and clean with a pale speckled patina. The knurled leather grips are in good condition and the press-stud and external leaf spring mechanism work perfectly. The spine of the tang bears an Enfield inspection mark along with “ARR” and a separate letter “A.” The tang is also stamped with a Board of Ordnance sold out of service mark. The pommel of the bayonet bears the number 527.

The bayonet is complete with its original steel mounted black leather scabbard. The leather is in good condition and the stitching is intact and tight. The leather is stamped with a WD and arrow, two Enfield factory inspection stamps and the date ’92 (1892). The steel locket and chape bear Enfield stamps and the frog stud bears the number220.

This is a fair and honest example of a rare P1879 Martini Henry artillery sword bayonet.