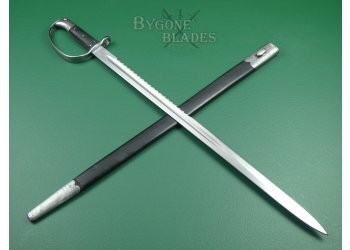 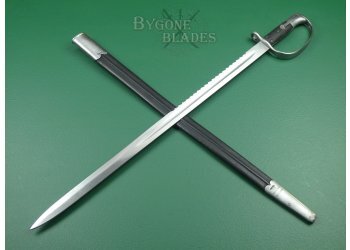 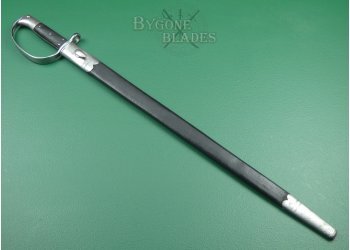 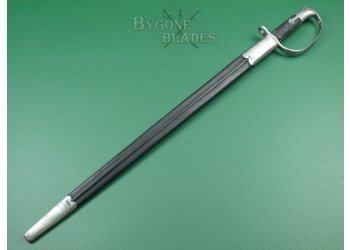 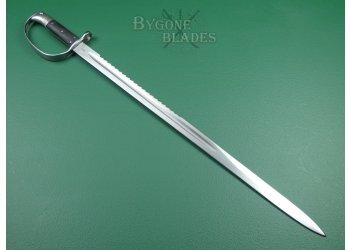 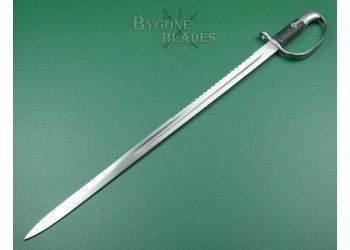 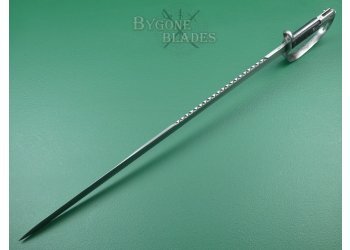 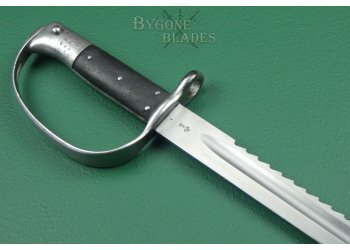 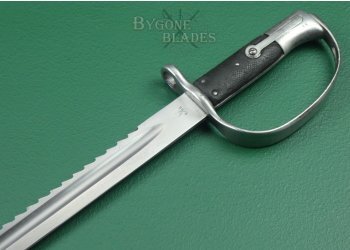 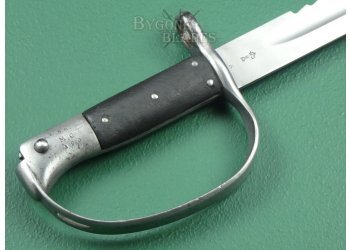 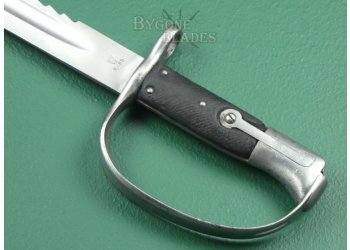 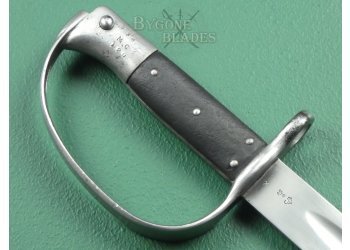 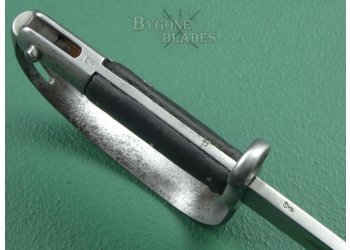 Rare British 1879 pattern Saw-backed sword bayonet for the Martini-Henry artillery carbine Mk1. The markings on this bayonet suggest that it was used by a Maxim Gun crew during the Anglo-Boer Wars. Most British infantry battalions had a Maxim Section.

The 657mm blade is double-edged for the last 220mm and terminates in a spear point. The blade is in very good condition, clean and bright with only a few marks from use.

The steel D-guard is bright and clean with a pale speckled patina. The knurled leather grips are in good condition and the press-stud and external leaf spring mechanism work perfectly. The spine of the grip bears an Enfield inspection mark along with what looks like the letter P. The pommel of the bayonet bears the unit mark “36 M. G.” over 120. This could indicate the Maxim Gun section attached to most line infantry battalions during the late 19th Century.

The bayonet is complete with its original steel mounted black leather scabbard. The leather is in good condition and the stitching is intact and tight. The throat of the steel locket is stamped with various issue markings and the date March 1900. The frog stud bears the War Department arrow.