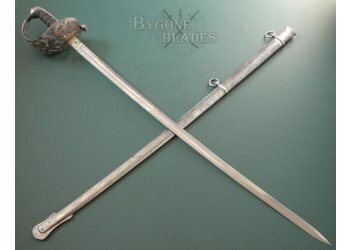 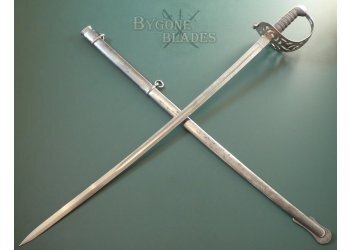 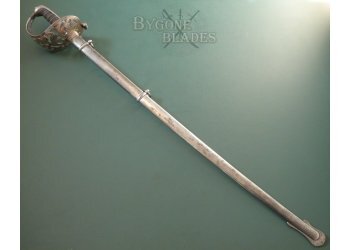 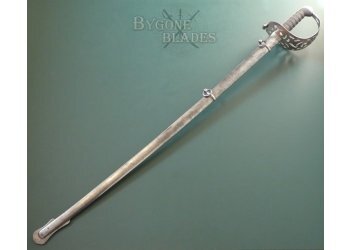 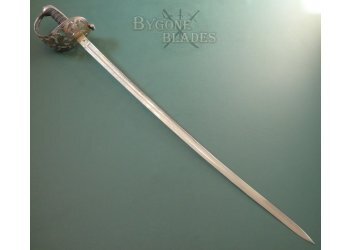 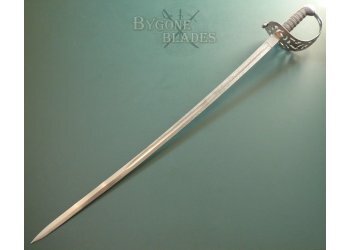 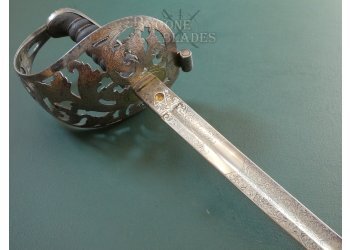 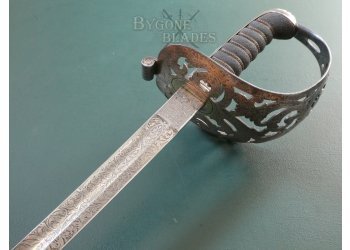 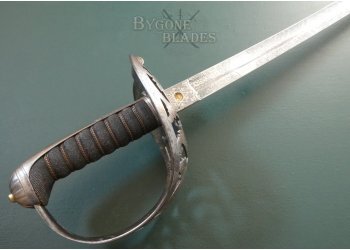 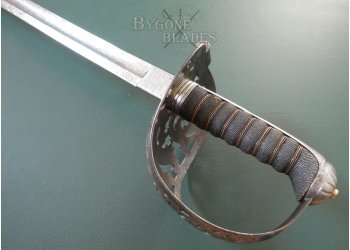 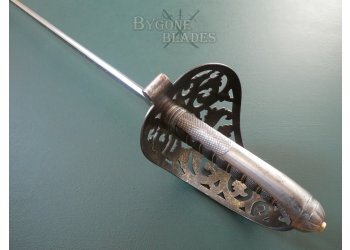 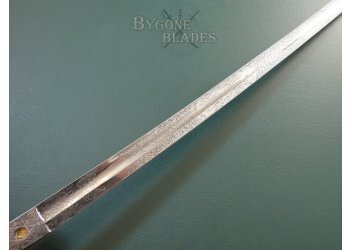 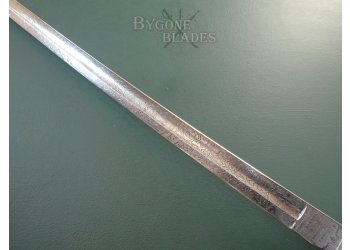 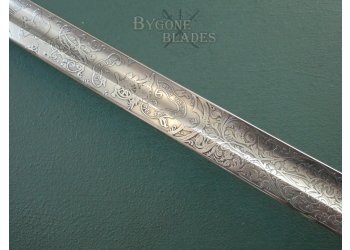 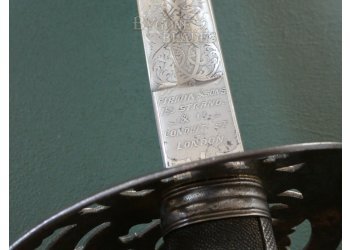 A rare and much sought after Victorian 1857 pattern Royal Engineers sword. Made by Firmin & Sons between 1857 and 1860. The P1857 was carried exclusively by officers of the Royal Engineers and was in use for only a short period before the Engineers were required to adopt the standard infantry pattern sword in 1895.

The 830mm, single edged blade has a wide fuller on both sides below a flat spine. The slightly curved blade terminates in a spear point. The blade is beautifully and deeply etched with foliate scrollwork encompassing Queen Victoria’s crowned Royal cypher above “Ubique”, the motto of the Royal Artillery above a field gun. Below this is the motto of the Royal Engineers “Quo Fas et Gloria Ducunt” (Where Right and Glory Lead). These twin mottos celebrate the shared history of the Royal Artillery and Royal Engineers. The ricasso bears the prestigious maker’s details: Firmin & Sons, 153 Strand & 13 Conduit St. London. Firmin & Sons traded from this address between 1855 and 1860.

The blade is in fantastic condition with crisp, clear etching.

The steel, acanthus leaf guard is in good condition although it has lost its gilding. Some of the pre-gilding copper plating remains. The P1857 Engineer pattern acanthus guard was typically made of gilt brass. Steel guards are scarce (on an already rare sword). The steel back strap and pommel would also have been gilded but again have lost their gilt through use and cleaning. The shagreen grip and wire binding are in great condition. The blade is firm in the hilt.

The sword is complete with its original steel scabbard with two suspension rings. The scabbard is in good condition and dent free with a mild age patina and areas of tarnish. The sword sheathes and draws smoothly and is held firmly within the scabbard.

This is a great example of a hard to find Royal Engineers pattern sword from one of Britain’s most prestigious and oldest sword makers.