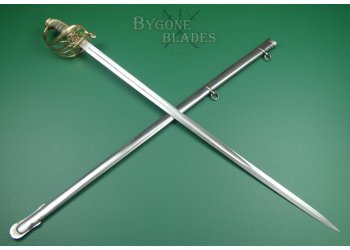 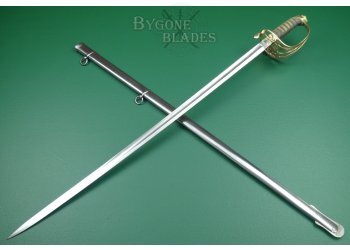 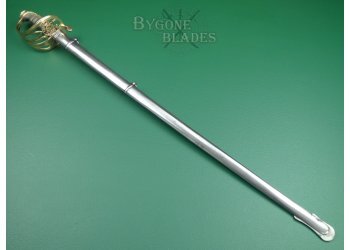 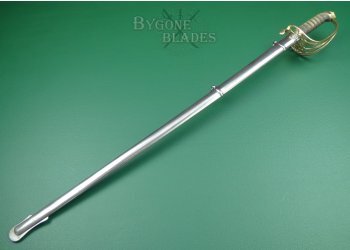 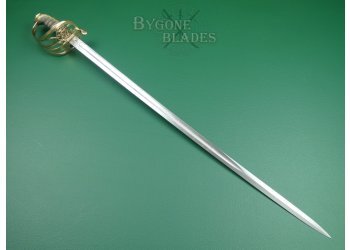 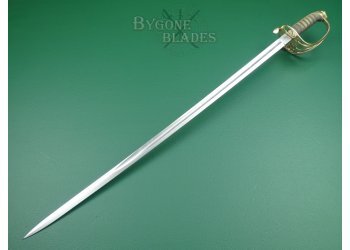 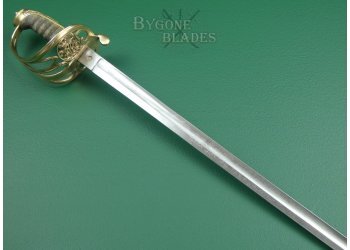 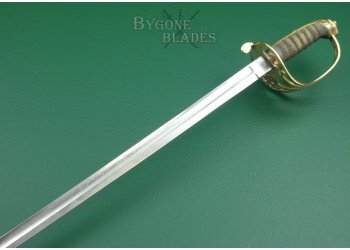 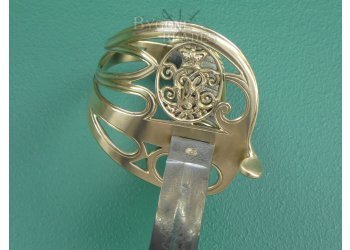 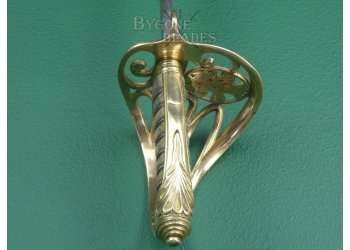 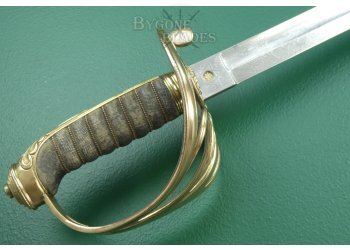 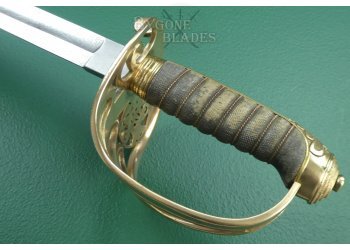 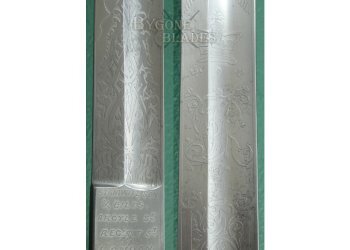 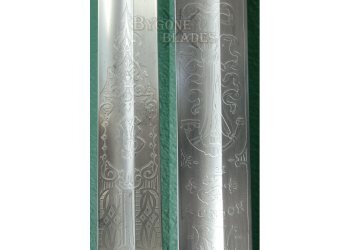 This British 1845/54 pattern infantry officer’s sword is marked to the 3rd London Rifle Volunteers who were formed as a result of a UK-wide invasion scare in 1859.

The attempted assassination of the French Emperor Napoleon III in January 1858 led to a rise in tensions between England and France when it was discovered that the would-be assassin, Felice Orsini had travelled to England in order to acquire the bombs used in the attack. On the 29th April 1859 war broke out between France and the Austrian Empire (the Second Italian War of Independence), and there were fears that Britain might be caught up in a wider European conflict.

On 12th May 1859, the Secretary of State for War, Jonathan Peel issued a circular letter to lord lieutenants of counties in England, Wales and Scotland, authorising the formation of volunteer rifle corps and of artillery corps in coastal towns.

On 23rd July 1859, The Lord Mayor of London convened a meeting with the aim of establishing a rifle volunteer corps in the City.

The 1st, 2nd and 3rd London Rifle Volunteers were quickly formed. The 3rd were headquartered in Farringdon Street, with Robert Peter Laurie (1835 - 1905) as its honorary colonel. Laurie was a British Conservative Party politician and MP.

The 3rd served in the Second Boer War where they received their first battle honours.

The 818mm single-edged blade has a slightly rounded spine above a broad single fuller and is the Wilkinson 1845 pattern. The blade is double-edged for the last 250mm and terminates in a spear point.

The ricasso is etched with the cutler’s name and address: “Stamwitz, Son & Giles. Argyll Street & Regent Street. London.” The obverse ricasso bears a proof stud associated with the Pillin family of sword makers.

The barred, gothic guard is the fixed, 1854 regulation pattern without the earlier folding section. The guard bears the Royal cypher of Queen Victoria above the Flowers of Union – the rose, thistle and shamrock and is in very good condition.

The ray skin hilt is in good condition with some mild use related wear to the shagreen. The three strands of twisted wire are intact and tight. The hilt’s back strap has acanthus style decoration flowing into the stepped pommel with a flattened tang button. The blade is firm in the hilt.

The sword is complete with its plated scabbard with two suspension rings. The scabbard is in very good condition, retaining its original plating with minimal marks and only a couple of small patches of tarnish around the shoe. The sword sheathes and draws smoothly and is held firmly within the scabbard.

This is an excellent example of a British 1845/54 officer’s fighting sword marked to the 3rd London Rifle Volunteers.