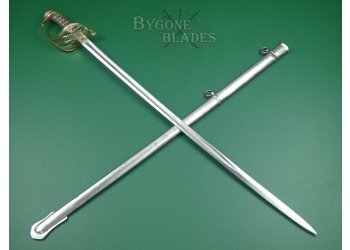 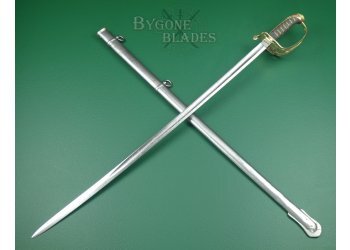 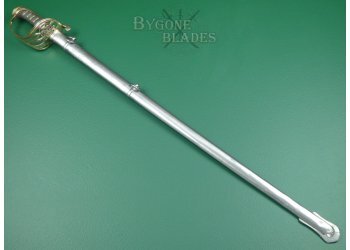 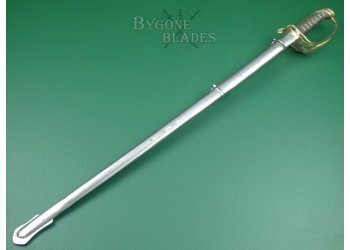 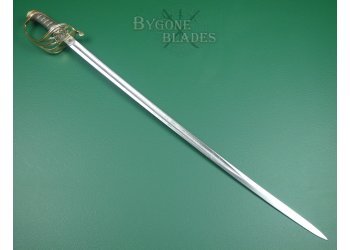 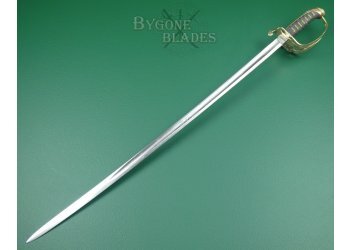 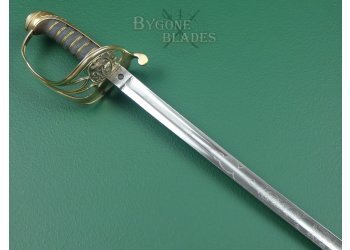 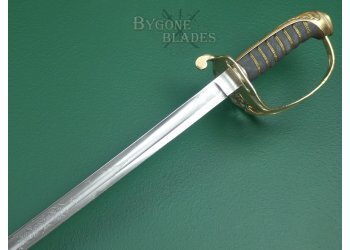 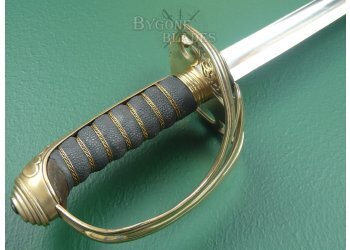 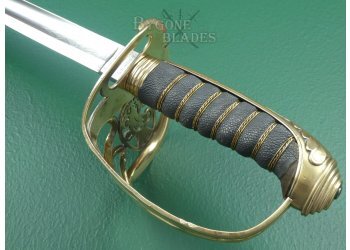 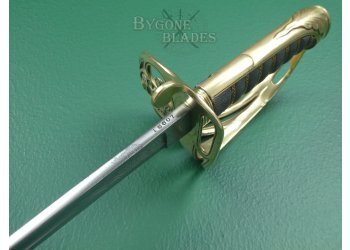 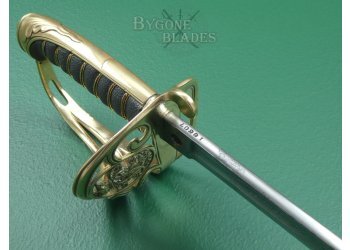 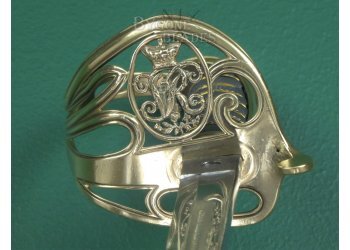 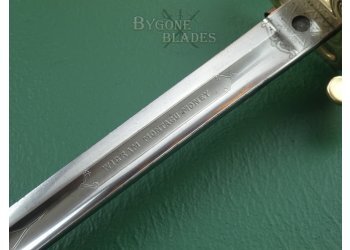 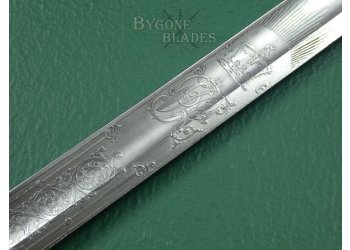 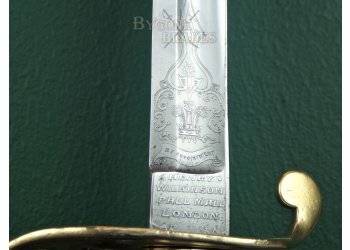 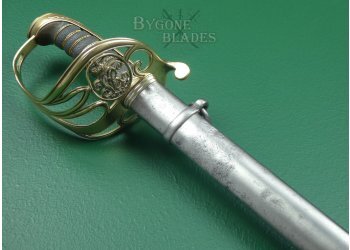 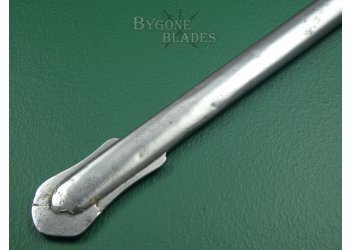 This British 1845/54 pattern infantry officer’s sword was made by the Wilkinson Sword Company in 1869. The sword was owned by Major Wigram Montagu Money of the Gloucestershire Regiment.

Wigram Montagu Money was born on the 6th August, 1842 at Allahabad, Bengal, India. He was the son of Wigram Elliot Money of the Honourable East India Company. Wigram was educated at boarding school in the UK from the age of eight, finishing his education at Charterhouse. On the 16th January, 1863 at the age of twenty, he purchased a commission as a coronet in the 7th Dragoon Guards. He became a Lieutenant on the 23rd March 1866.

The 826mm single-edged blade has a slightly rounded spine above a broad single fuller and is the Wilkinson 1845 pattern. The blade is double-edged for the last 250mm and terminates in a spear point.

The barred, gothic guard is the fixed, 1854 regulation pattern without the earlier folding section. The guard bears the Royal cypher of Queen Victoria above the Flowers of Union – the rose, thistle and shamrock and is in good condition. The ray skin covering on the grip has been replaced and is in good condition with some loss to the shagreen below the pommel. The three strands of brass wire are intact and tight. The hilt’s back strap has acanthus style decoration flowing into the stepped pommel. The blade is firm in the hilt.

The sword is complete with its polished iron scabbard with a German silver throat and two suspension rings. The scabbard is in good condition with patches of tarnish and shallow pitting. The shoe of the scabbard has a period braised repair. It looks as if a portion of the shoe has been replaced – probably due to excessive wear on the original. The sword sheathes and draws smoothly and is held firmly within the scabbard.

This is a good example (with some minor issues) of a Wilkinson made P1845/54 to a named officer of the Gloucestershire Regiment.