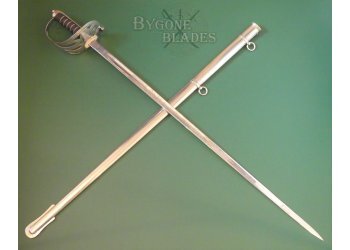 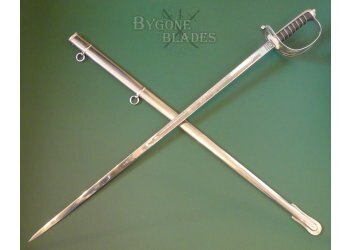 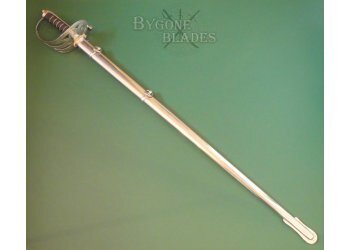 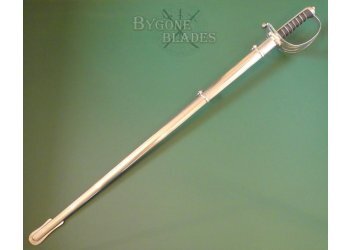 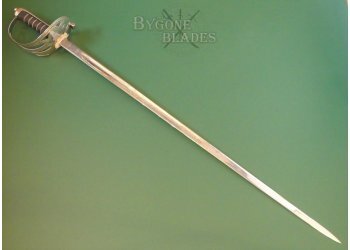 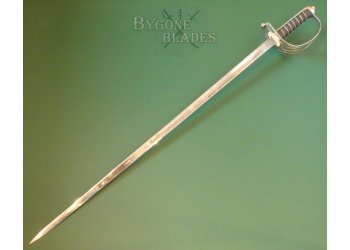 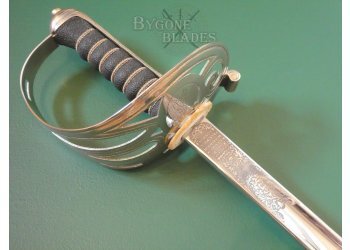 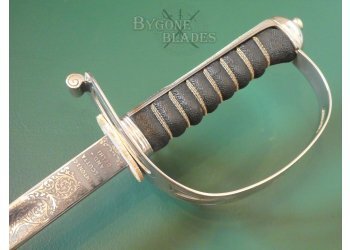 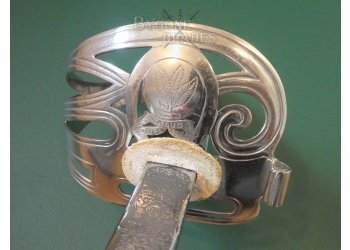 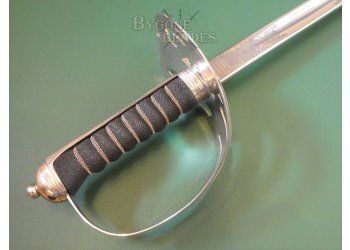 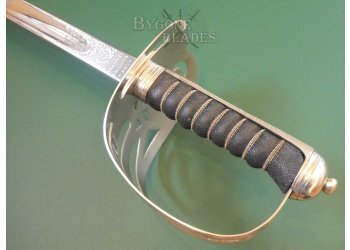 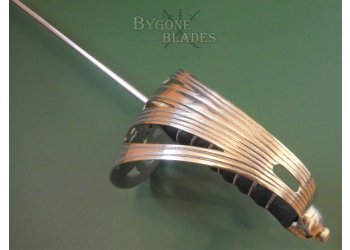 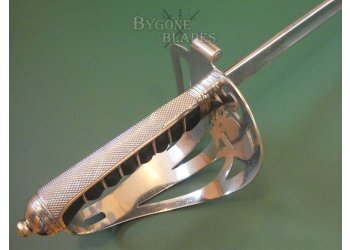 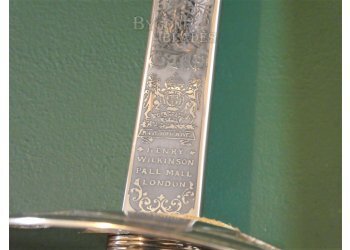 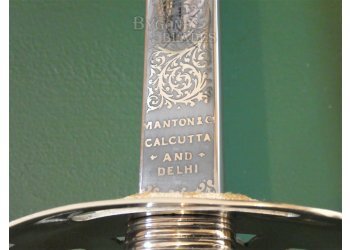 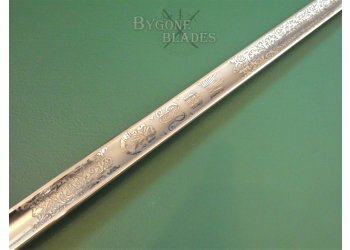 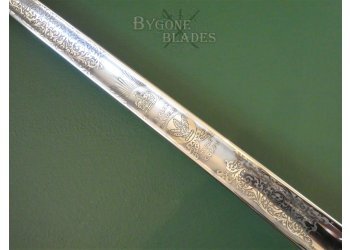 This George V, WW1 Rifle officer’s sword is exceptional. The condition is fantastic and the blade and guard are marked to the elite Ceylon planters’ Rifle Corps. The Ceylon Planters’ Rifle Corps was founded by British tea and rubber plantation owners in 1900. The corps saw action in the Second Boer War where they were highly praised by Lord Kitchener. In 1914, the corps deployed eight officers and 229 other ranks to Egypt in defence of the Suez Canal before being attached to the Australian and New Zealand Army Corps (ANZAC) in mid-1915 for the Gallipoli campaign, landing at Z Beach (ANZAC Cove) on the Gallipoli peninsular.

The 825mm thrusting blade is of dumbbell form, the first third of the blade having a symmetrical dumbbell-like cross section with a flat spine and belly and a short central fuller. The blade has a wedge shaped cross section for the last two-thirds of its length and terminates in a narrow spear point. The 1892 blade is the ultimate thrusting design. The blade is in fantastic, near mint condition.

The blade is deeply and crisply etched with foliate scrollwork and King George V crowned royal cipher above the Rifle Brigade’s horn and ribbon. The obverse bears foliate scrollwork, a rayed crown and the badge and motto of the Ceylon Planters' Rifle Corps with their motto, Unitas Salus Nostra, (Safety in Unity). The ricasso is etched with the maker’s details, “Henry Wilkinson, Pall Mall. London” below the Royal Warrant.

The plated steel scabbard with two suspension rings is in near mint condition. The sword sheathes and draws smoothly and is held firmly within the scabbard.

This is a fantastic, near mint example of a scarce, 100 year old, Ceylon Planters’ Rifle Corps officer’s sword.