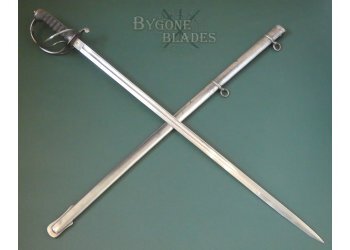 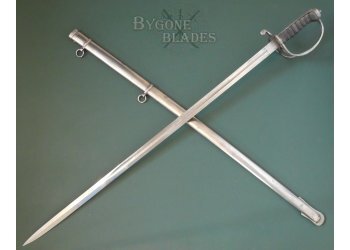 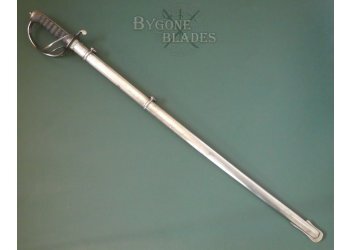 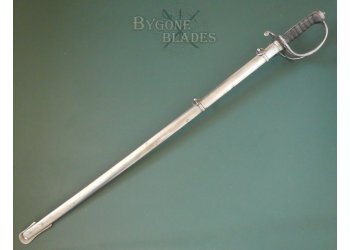 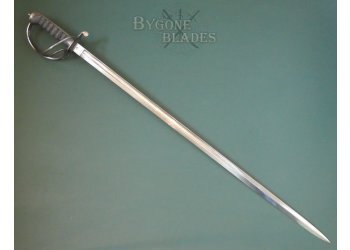 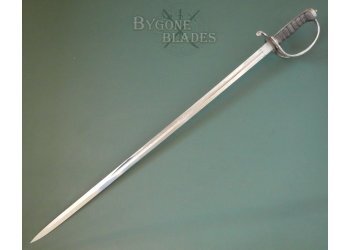 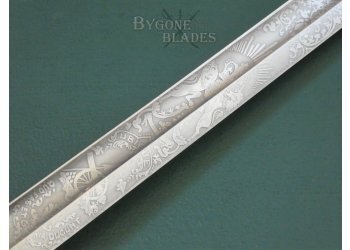 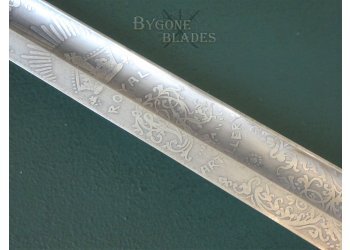 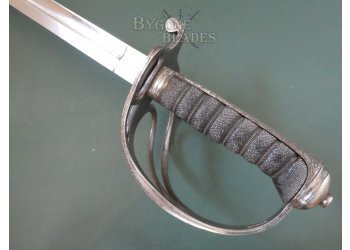 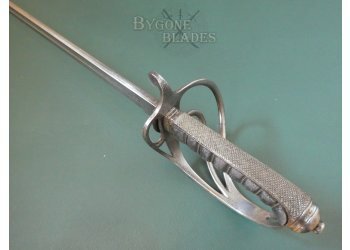 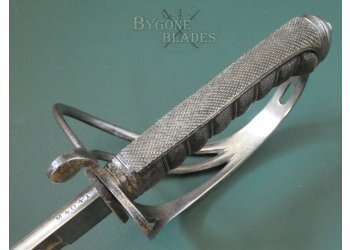 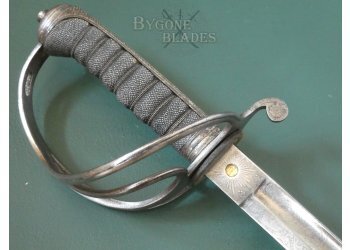 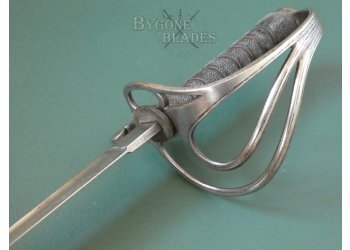 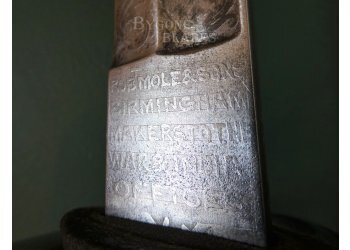 The 830mm blade is single edged with a flat spine over a broad, three-quarter length single fuller. The slightly curved blade terminates in a spear point. The blade is double-edged for the final 280mm. The spine bears the Mole serial number M4041.

The blade is deeply etched with scrolled foliate panels above the Royal lion and unicorn rampant and the motto “Dieu et mon droit.” Below this, a banner shows the Artillery motto, “Ubique,” (everywhere) above a field gun. Below the field gun is the motto of the Engineers, “Quo fas et Gloria ducunt,” (where right and glory lead), acknowledging the shared history and roots of the artillery and engineers. The obverse is etched with similar foliate scrollwork above a sunburst and crown, surmounting the royal cypher of Queen Victoria and the words “Royal Artillery.”

The blade is in excellent condition, with minimal, very pale patches of tarnish. The ricasso bears the maker’s details, “RobT Mole & Sons, Birmingham. Makers to the War and India Offices.” The obverse ricasso bears Mole’s brass proof stud. Annis & May, in Swords for Sea Service, identify this proof disk as being in use for only a short time, from 1856 until 1860.

The sword is complete with its polished steel scabbard with twin suspension rings. The scabbard is in good condition and is free from damage and dents. The steel is bright with only a few small patches of tarnish (which will polish out). The sword sheathes and draws smoothly.

This is a very good example of a Victorian Royal Artillery officer’s sword by a top maker and with a beautifully etched blade.