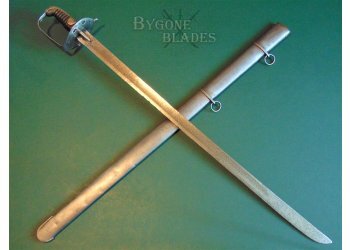 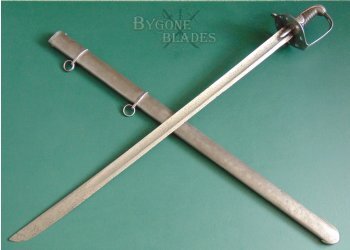 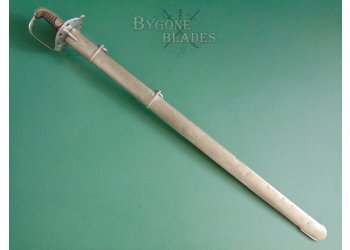 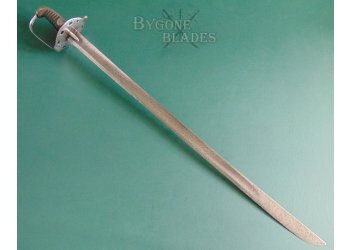 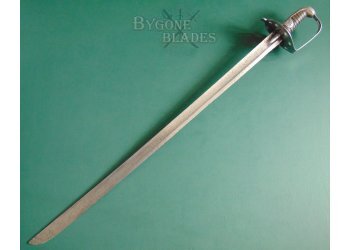 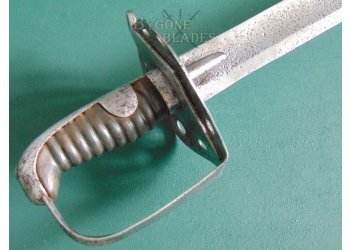 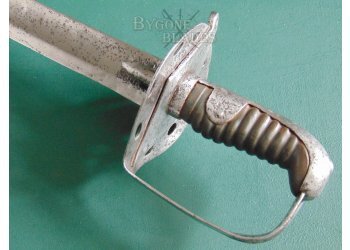 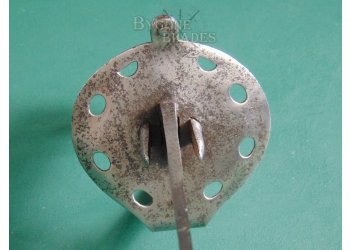 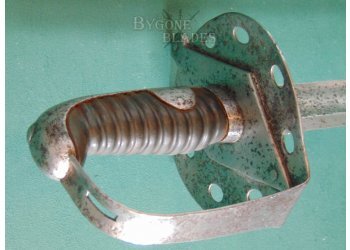 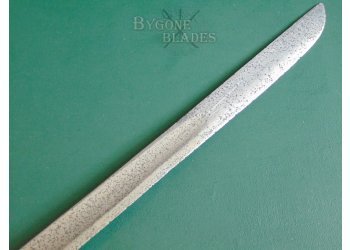 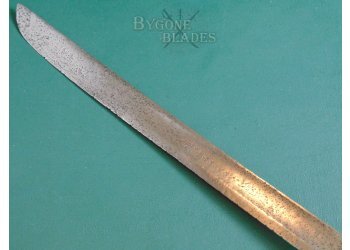 A “must have” for any collector of British cavalry swords. This 1796 pattern Heavy Cavalry trooper’s sword is marked to the 3rd (King’s Own) Dragoons, making it highly likely that it saw service during the Peninsular War (1808-1814).

The 3rd Dragoons arrived in Lisbon in July 1811 as part of John Le Marchant’s Heavy Brigade (3rd, 4th & 5th Dragoons). In January 1812 they were part of the force covering the siege of Ciudad Rodrigo. Following the successful capture of Ciudad Rodrigo, the 3rd Dragoons were involved in a number of battles and skirmishes with French cavalry leading up to the Battle of Salamanca in July 1812. The 3rd Dragoons’ actions during the Battle of Salamanca, in which the Heavy Brigade devastated 8 French infantry battalions, resulted in the regiment being awarded its first battle honours. Tragically, Le Marchant was himself killed.

After Salamanca, the regiment took part in the closing stages of the Battle of Vittoria on June 21st 1813.  The 3rd King’s Own Dragoons crossed the Pyrenees into France in March 1814 and were present at the Battle of Toulouse on April 10th, 1814.

The 888mm single-edged blade has a flat spine above a broad, shallow fuller and terminates in its original hatchet point. From 1812 onwards, many heavy cavalry swords had their original hatchet points ground to spear points. A general order to re-point the blades of their swords was also issued to the heavy cavalry prior to the Battle of Waterloo in 1815, making unaltered models harder to find today.

The blade is in reasonable to good condition for its 200+ years of age and almost certain battle service, with a salt and pepper patina and shallow pitting along its length on both sides. The blade was sharpened and has edge nicks consistent with service use. The blade has been cleaned which has removed any maker’s details, if indeed they were present to begin with.

The steel disk guard is unmodified, retaining its languets and full disk shape. The hilt is firm and in good condition with a matching patina to the blade. The leather covered grip is in good condition and the blade is firm in the hilt.

The sword is complete with its steel scabbard which is marked to F troop of the 3rd Dragoons. The scabbard is on overall good condition and the sword sheathes and draws smoothly and is held firmly within the scabbard. The two suspension rings are likely replacements although Gill, one of the primary Birmingham makers is known to have used this style of ring on their scabbards.

This is a nice example of a much sought after Napoleonic Wars 1796 heavy cavalry sword that almost certainly saw action with the 3rd Kings Own Dragoons during some of the most famous battles of the Peninsular Wars.