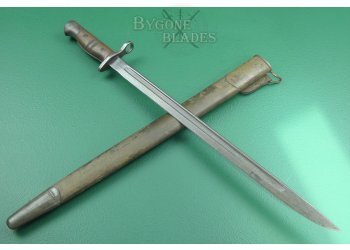 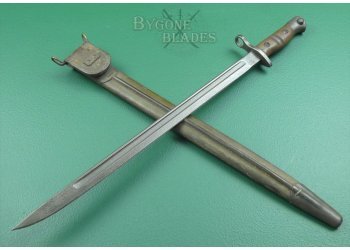 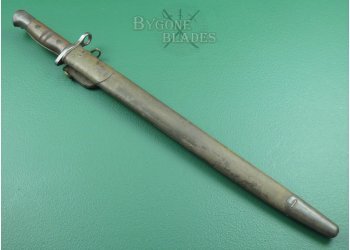 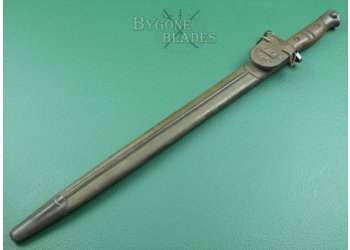 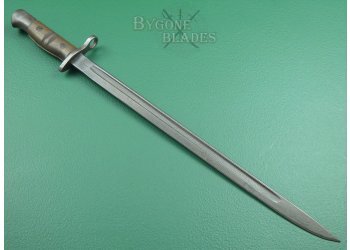 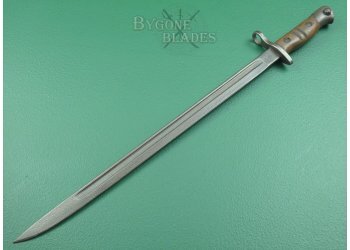 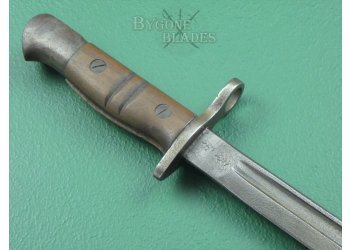 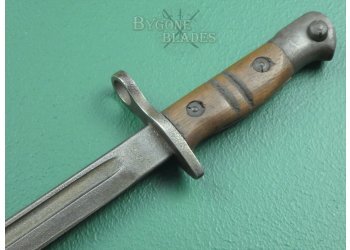 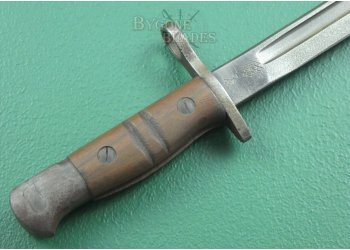 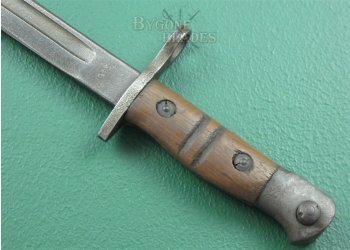 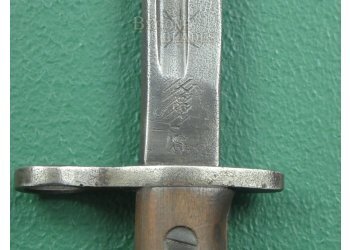 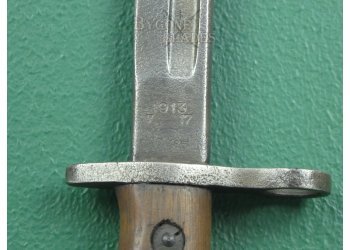 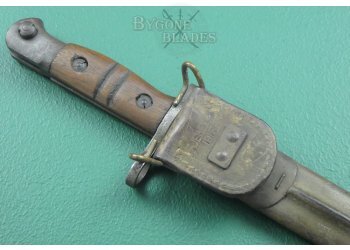 The P1913 bayonet was officially introduced into British service on the 21st June 1916 and was made under contract in the USA by Remington and Winchester. By the end of WW1, Remington had produced 1,243,000 of the P1913 bayonets.

When the Americans began production of their P1917 bayonet, stocks of the British P1913 (which is essentially the same bayonet) were diverted for use in the American war effort. The British markings on the blades of the P13 were cancelled and replaced with American markings. The bayonets were then issued to US troops with the newly designed Jewell 1917 patter scabbard. This example has the scarce Jewell 1917 Mk 1 scabbard.

The 431mm blade has a deep single fuller on both sides and a rounded spine. The blade has a blued finish and its factory edge with no additional attempts at sharpening. The blade is in fair condition with some shallow pitting.

The ricasso is stamped with the pattern date of 1913, the production date of ‘7 ’17 (July, 1917) and a faint Remington maker’s mark. The obverse ricasso bears two British inspection stamps and the War Department arrow. These stamps have been cancelled with diagonal lines and are over-stamped with “US.”

The cross guard and pommel retain their original blueing with some age and use related wear. The wooden grip scales are in excellent condition with a great patina. The press-stud locking mechanism works perfectly.

The bayonet is complete with its original first pattern, Jewell 1917 dated green leather scabbard with integral belt hanger. The scabbard is in excellent condition and retains period applied green paint over the green leather. The locket and chape retain their original finish with minor wear. The leather is firm and undamaged and the stitching is intact and strong.

The leather belt hanger is stamped with the Jewell name and the date 1917.

This American issued P1913 WW 1 bayonet is in fair to good condition. The early production Mk 1 Jewell scabbard make it a rare example of a relatively common Great War bayonet.